ICONIC ABT QUATTRO MEETS GREAT-GRANDCHILD THE ABT RS5-R 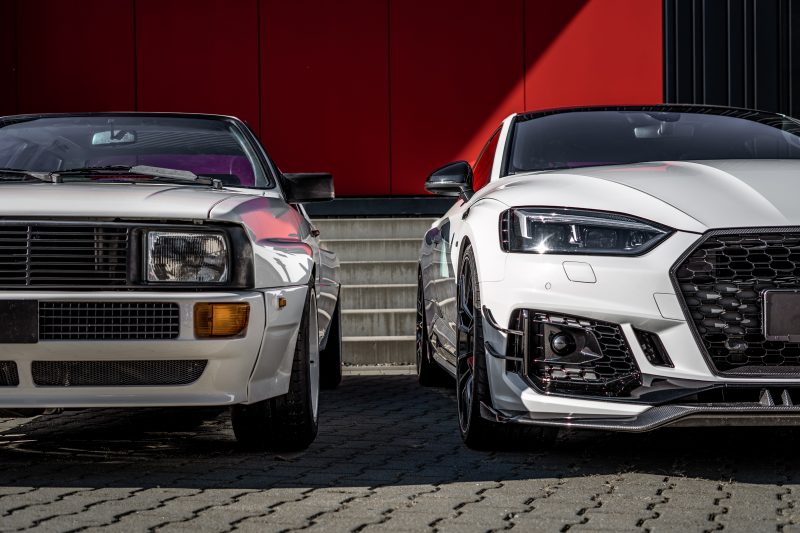 The Audi quattro presented in 1980 is the „godfather“ in the history of Audi all-wheel-drive sport models. It is what other racers from the brand have to live up to. With regard to the engine, the 20V with 220 HP (162 kW), which was introduced in 1989, was the benchmark after the exclusive Sport quattro. 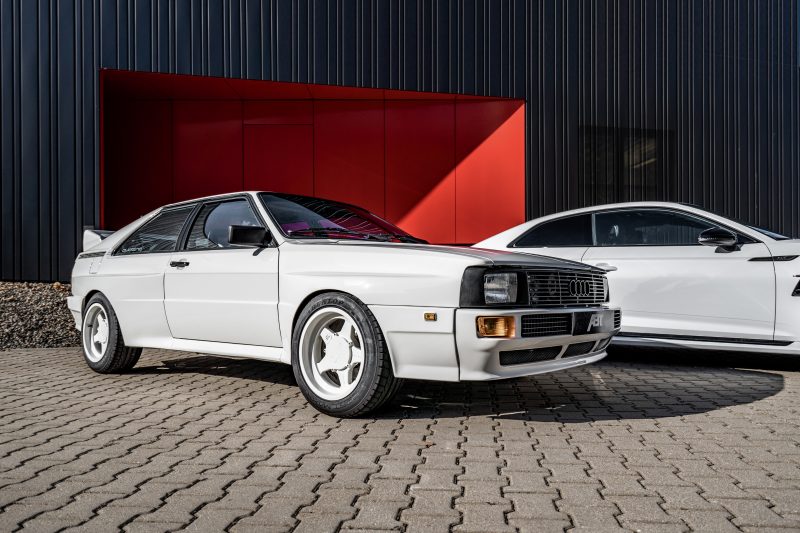 The former can be found in the ABT Sportsline museum in Bavaria – in a good, but certainly not the standard production condition. „Back then, we tuned the turbocharger to achieve a charging pressure of 1.6 bar. In addition, it uses a modified exhaust system and a large charge air cooler,“ CEO Hans-Jürgen Abt remembers the wild days represented by the 260 HP (191 kW) vehicle with ABT wide-body kit. Even if many new cars are more powerful, this classic car is still awe-inspiring: After all, it had the same power as a Porsche 911 Carrera RS in its time. 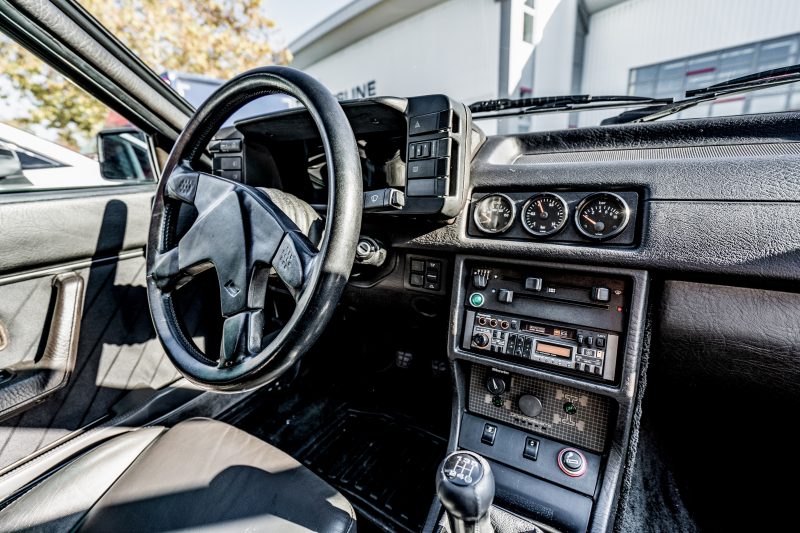 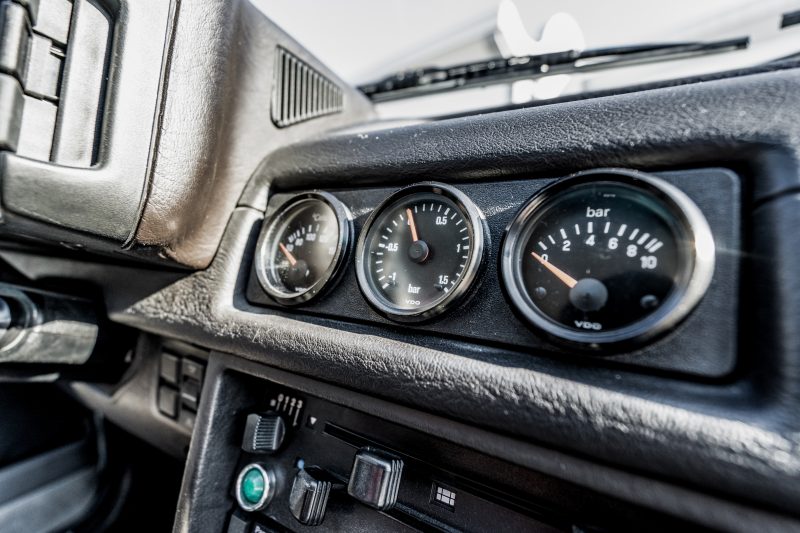 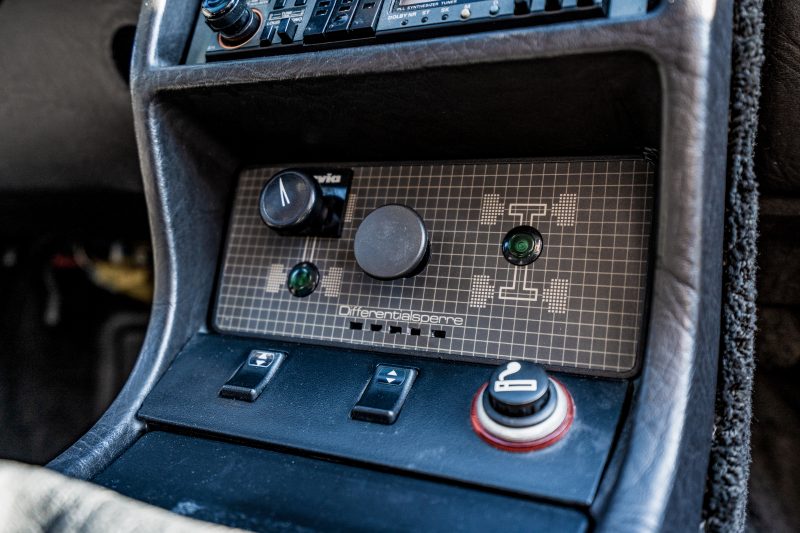 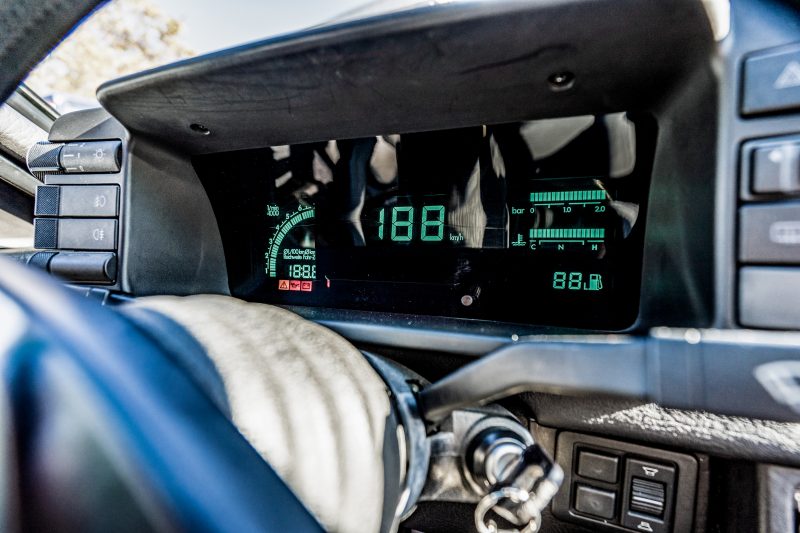 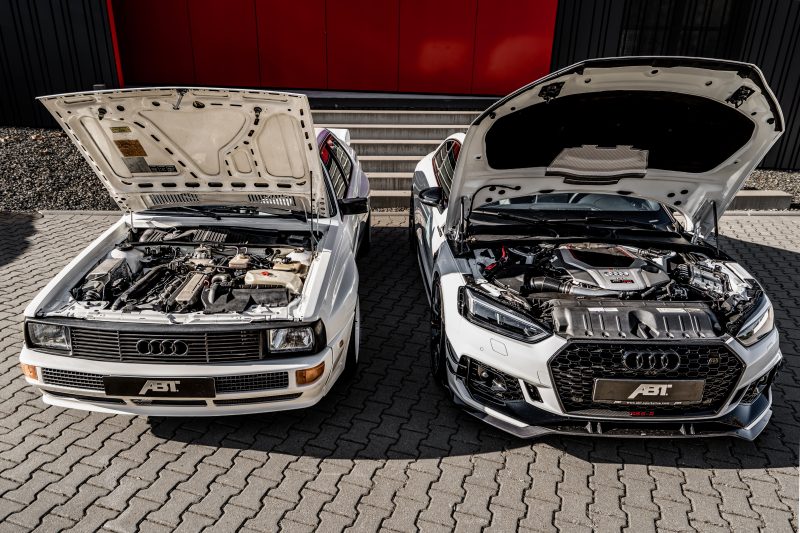 So what might evoke the same feelings today? ABT Sportsline presents the answer at this year’s Essen Motor Show on the joint stand with Continental (hall 3, stand 3A41). The ABT RS5-R, which comes in a limited edition of 50 vehicles, not only looks spectacular with the ABT aerokit, it also packs a punch compared to the production version. „We exceed the power of the 2.9 liter biturbo V6 by an impressive 80 HP and 90 Nm,“ explains Hans-Jürgen Abt. The ABT Power S performance level is based on the ABT Engine Control (AEC) auxiliary control unit, an additional water cooler and the ABT muffler system. This increases the power from 450 HP (331 kW) to 530 HP (390 kW). The maximum torque rises from 600 to 690 Nm. The upgrade is also reflected in the driving data: The acceleration from 0 to 100 km/h improves from 3.9 to 3.6 seconds, while the top speed increases from 250 km/h to 280 km/h. 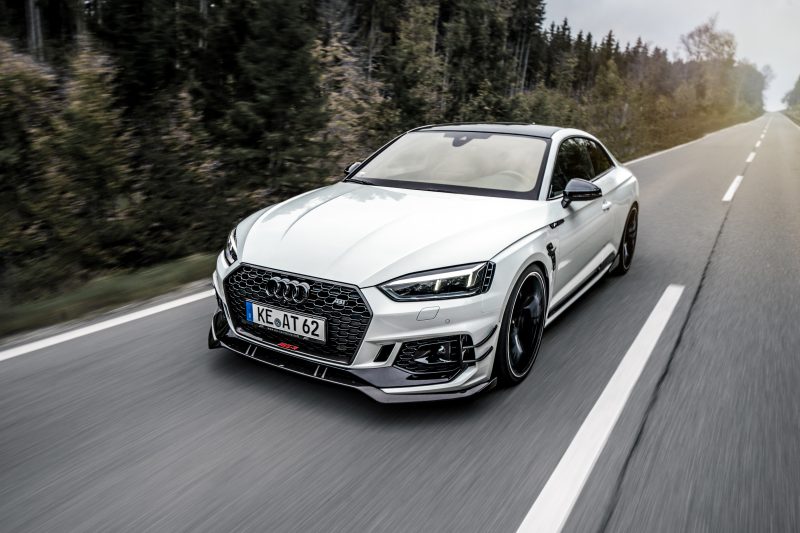 The ABT muffler system forms part of the emotional driving experience. With four 102 mm carbon tailpipes, it provides an attractive look and a charismatic V6 sound. To ensure that not only the sound performance is right, the tuner also installs ABT sports stabilizers and ABT height-adjustable suspension springs. The ABT height-adjustable suspension kit is available as an option. 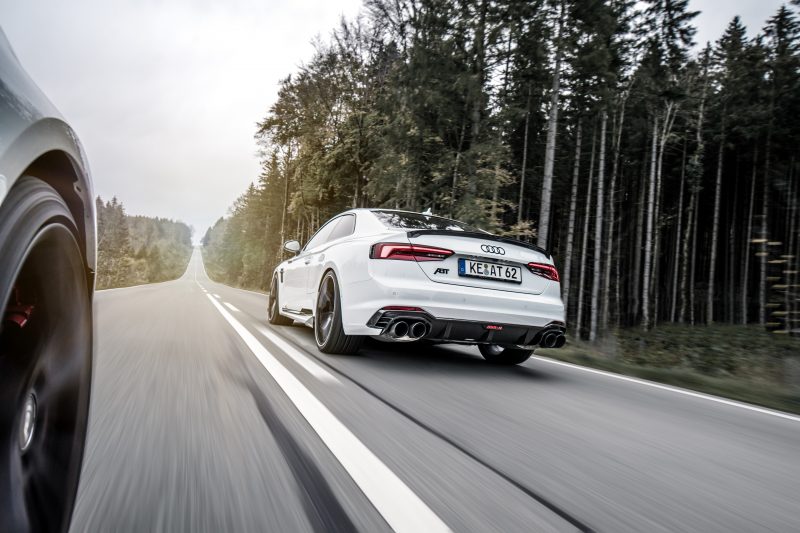 On the vehicle body, the new ABT front lip, the ABT front flics and the ABT front grille frame with RS5-R logo are eye-catching features. The flanks are dominated by ABT wheel arch vents with aggressive fins. The ABT rear skirt add-on and the ABT rear spoiler are the crowning glory. Almost all attachment parts are made from real visible carbon. The design is completed by 21 inch ABT SPORT GR rims. And the interior also features individual touches, of course. In the sum of all parts, the ABT RS5-R is a complete work of art that has to be experienced live – like at the Essen Motor Show 2018 in Germany from December 1 to 9. 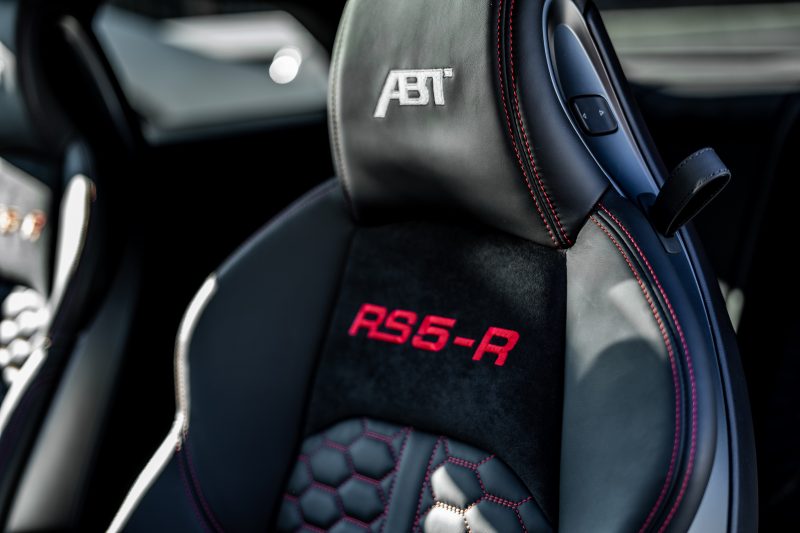 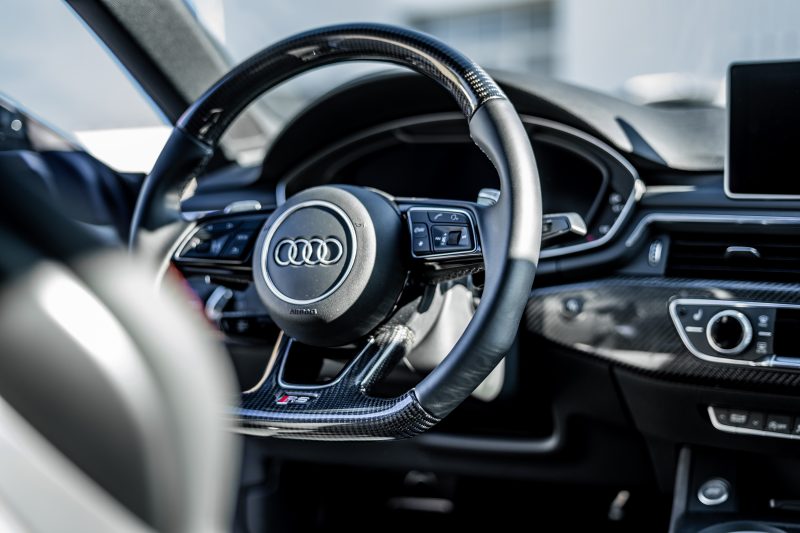