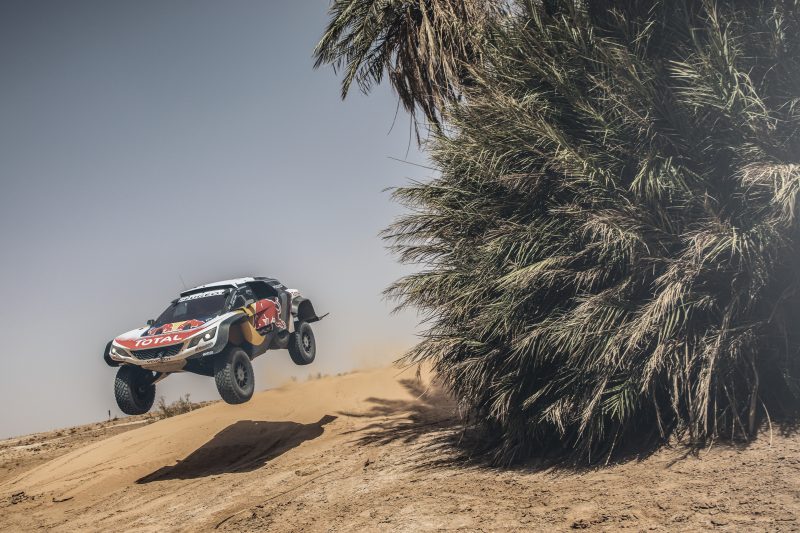 Stephane Peterhansel from Team Peugeot Total performs during a test run with the new Peugeot 3008 DKR Maxi in Erfoud, Morocco on September 14, 2017

Having just concluded its seventh and final test session in Morocco, Team Peugeot Total – which locked out the top three places on this year’s Dakar Rally in January – is ready and eager to tackle next year’s South American classic from January 6–20. Stéphane Peterhansel/Jean Paul Cottret, Sébastien Loeb/Daniel Elena, Carlos Sainz/Lucas Cruz and Cyril Despres/David Castera will all take the start with a brand-new racing lion: the Peugeot 3008DKR Maxi.

“The modifications we have made resulting in the 3008DKR Maxi have proved to be effective up to now, but the Dakar remains a question mark, thanks to the sheer variety of terrain and challenges to overcome, while the recent Rallye du Maroc reminded us once again that our rivals are extremely strong. Back in the workshop, Peugeot Sport’s engineers have kept up a steady pace of work throughout the year. Most of all, I’d like to underline the fantastic team spirit we benefit from in Team Peugeot Total. We are delighted to retain our ‘dream team’ of crews next Dakar, which offers us a perfect combination of performance and experience. As this will be the last Dakar for Peugeot, we would like to finish our amazing campaign on a high note. But as I always say, you can’t count on anything in advance. The most difficult thing, after winning, is to do it again.” 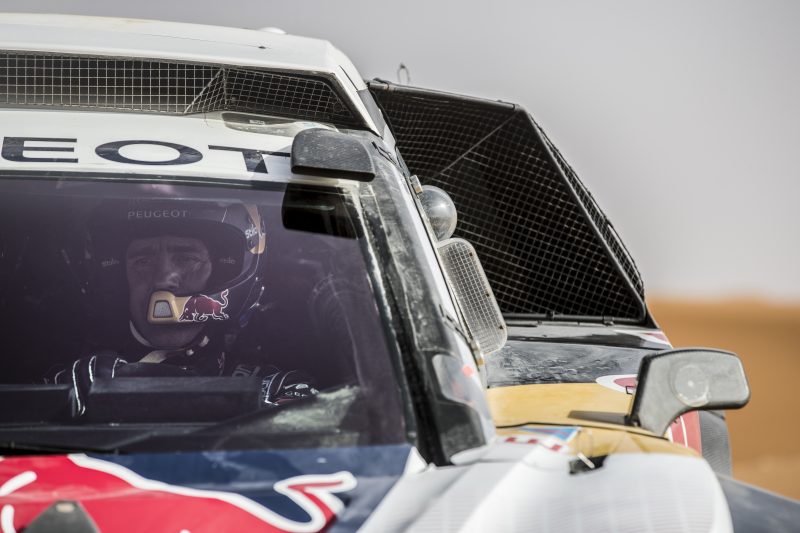 “To win the Dakar again last year was a fantastic feeling: I felt so liberated! It’s one of the best memories of my career, after such an intense but respectful fight with Sébastien. The problem is that the more you win, the more you want to keep on doing it! This year it will be even more special, with the 40th edition and my 29th participation. Who knows if it’s going to be my last one or not, that is still to be seen. For me, the Dakar is really a question of balance, like a ritual that goes on all year. You recharge your batteries, you prepare yourself physically and mentally, the tension builds in September, that gives way to pure excitement in December when you just want to get out there and do some kilometres, then, when you finally arrive, you’re flat-out from the off. It’s something really special for me to be able to drive through these amazing landscapes at full speed in such an incredible car. The Peugeot 3008DKR Maxi is simply the best car I’ve ever driven. There’s all that technology as well as the beauty of the carbon fibre parts that make it up, matched to reliability, performance, and sheer driving pleasure. The goal for all of us at Team Peugeot Total is to make Peugeot win again and end the programme on a high.”

“I’ve been happy with my speed when it comes to adapting to this discipline, but I just need to show a bit more consistency and convert it into overall winning results. We know that we’re right up there, and we’ve proved it over the course of the year at the Dakar, the Silk Way Rally, and also the Rallye du Maroc. Nonetheless, we’ve only got a total of six rally raids behind us, which means that we are always going to be lacking in experience compared to the others. The 3008DKR was already a very good car but we’re always looking for more performance, and Peugeot Sport’s engineers have pushed the limits in developing the new Peugeot 3008DKR Maxi. It’s a reliable car that can go anywhere and absorb anything: it feels great to drive and gives me a lot of confidence. The car has evolved and myself and Daniel have made progress as well. We’re better in every way. The Dakar is by nature unpredictable, so we’re giving ourselves every advantage we possibly can to try and win it.”

“I think I’m preparing for the Dakar in pretty much the same way I have for this event over the last 17 years, with plenty of training: up to now I’m happy, and the testing we’ve just completed in Morocco confirms my good feeling in the car. When you spend between six to eight hours in the car, whether you’re in shape or not makes a big difference. The expectations that myself and David have, after a good Dakar and a good Silk Way Rally, are high. I’m very pleased that we’ve made improvements from year to year. My aim is to continue this learning curve on the Dakar Rally 2018. We finished third on the Dakar this year, so it’s clear that there are only two ways to get better now, and we want to improve on our performance. We expect the Dakar to be more rally raid in style with some complex navigation, and the start in Peru. It looks like it would be particularly tough because of the complexity of the route and also of the strength of our rivals. But I’ve got to say that I’m really in love with the new 3008DKR Maxi. We’ve been coming to Morocco with Peugeot since 2014, and this Maxi is definitely the fastest car we’ve ever had. I especially like the stability of the car: together with the power and reliability, I’m really impressed. Although our Silk Way Rally car was good, this car is one step more: the work from the engineers has been non-stop. I can’t wait to be back on the track.”

“At the moment, I feel confident. All the testing has been going well, especially after the Rallye du Maroc. Even though we didn’t win, that rally was very positive for us because we discovered problems that could have affected us on the Dakar otherwise. Having a good level of consistency is extremely important on the Dakar, and I think in Morocco we were able to find the right rhythm, so this was good preparation. The expectations and our preparations for the Dakar are the same as always. Since September, we have been 100% focussed on arriving in the best possible physical shape, training for the altitude. In recent years, we’ve always shown the speed to be able to win the Dakar; this time we need just a little more luck. I am certainly convinced by the potential, speed and reliability of the new Peugeot 3008DKR Maxi. The evolution of the car has been really going well, since we discussed it right the day after the Dakar in January. The Team Peugeot Total’s engineers have done an amazing job and I think the team and the drivers are even happier than last year. Everything is ready and prepared, so we’re just looking forward to the start in Peru now. The rules have changed, giving four-wheel drive some advantages this year, which obviously doesn’t make our lives any easier. But I’m confident that our team is very strong.”