Mercedes-Benz goes from coast to coast – without roads

A dozen Mercedes-Benz four-wheel drive vehicles have successfully traversed the UK, from the east coast to the west coast, without the use of any open public roads. It is believed to be the first ever journey completed off-road. 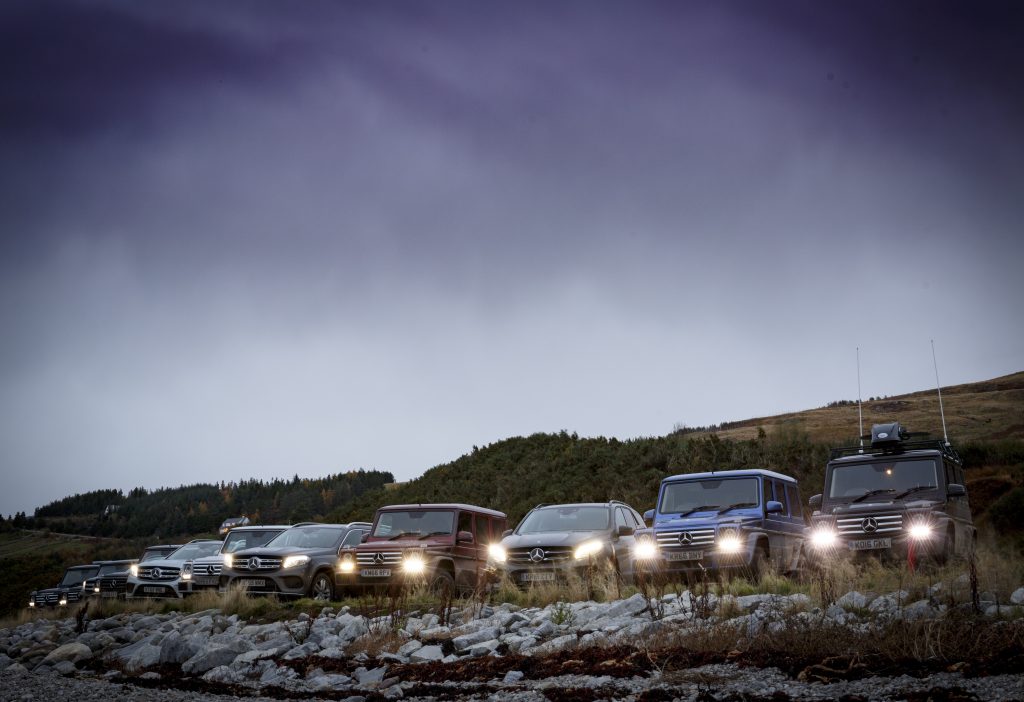 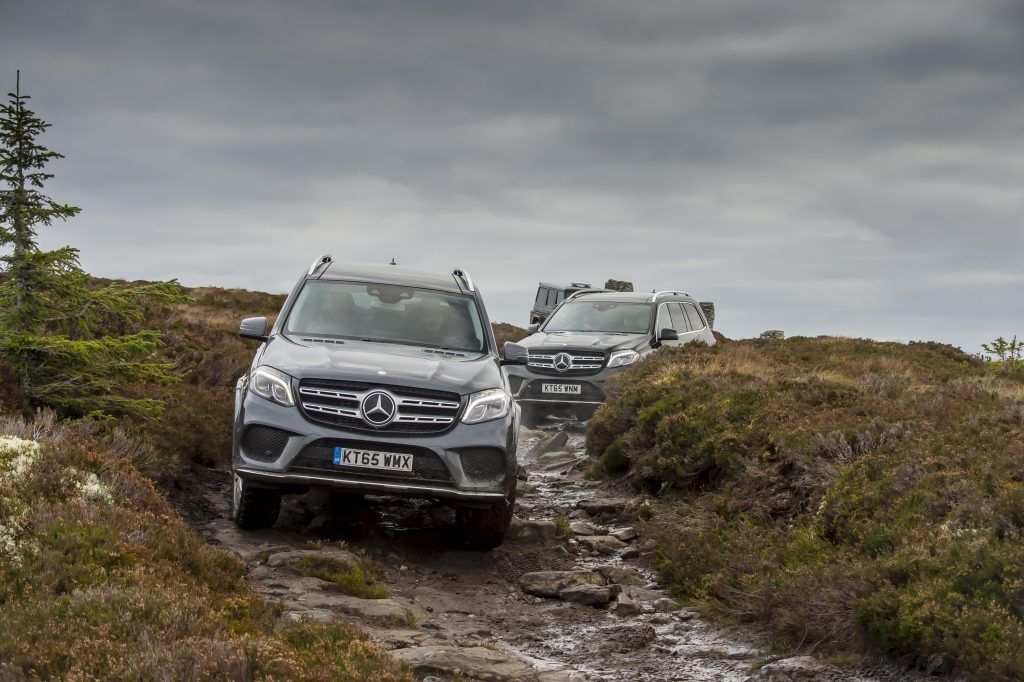 The 12 vehicles – a mixture of GLE, GLS and G-Class models – made the 65-mile journey across the Scottish Highlands, over the course of two days. The vehicles were all standard UK-specification cars, fitted with road-legal ‘mud tyres’, but with no modifications apart from the removal of side steps where fitted. 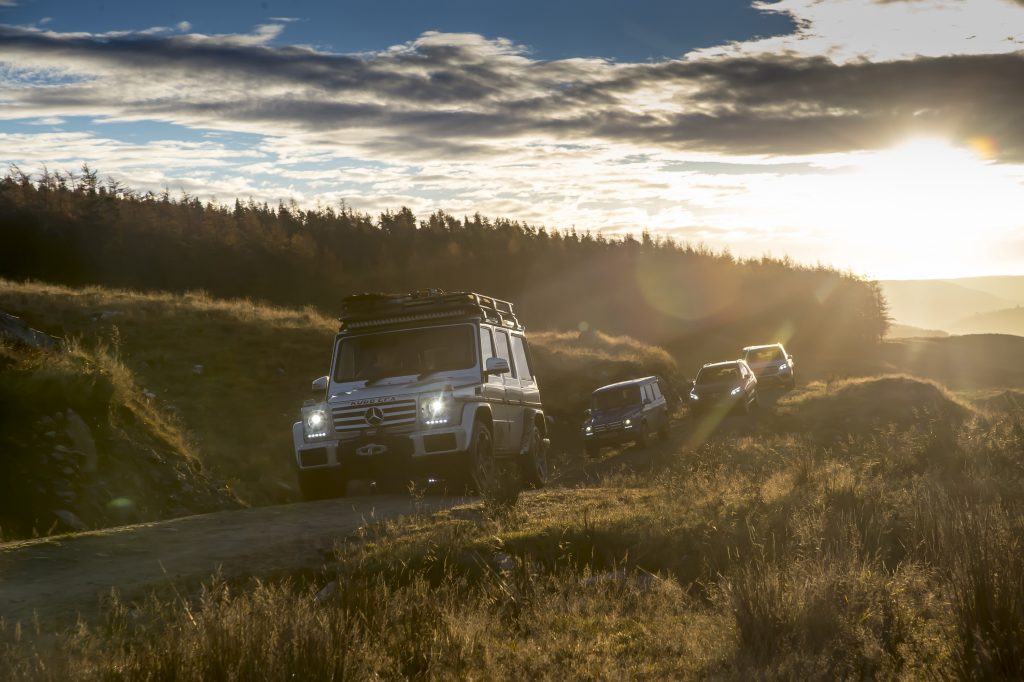 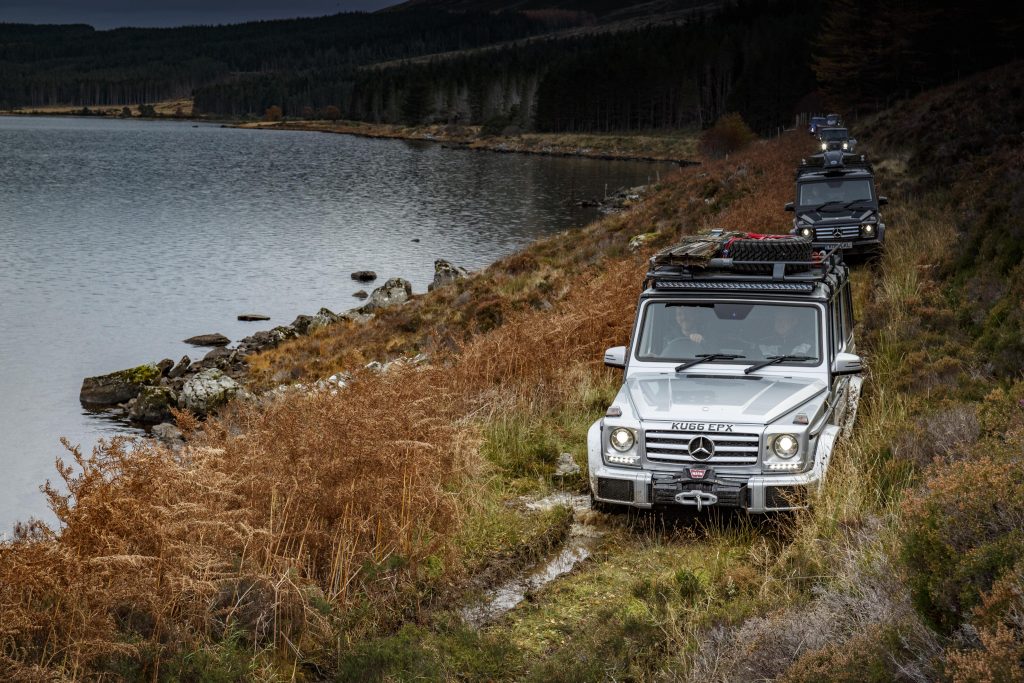 Leading the expedition was the iconic G-Class, which since 1979 has blended rugged go-anywhere ability and luxury. Its permanent 4MATIC all-wheel drive, low-range gearbox and three fully lockable differentials ensure that it can cope in the roughest of all terrain – not least the gravel, rock, wet grass, rivers and gelatinous mud of the Highlands. It is hand-assembled in Graz, Austria, at the rate of just 15 vehicles a day. 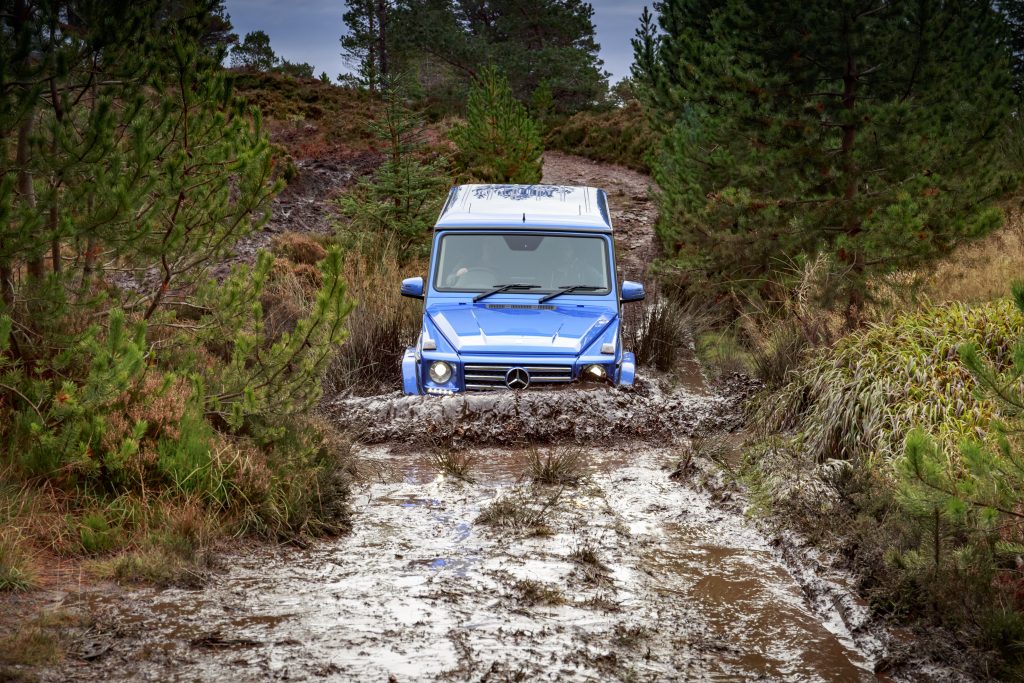 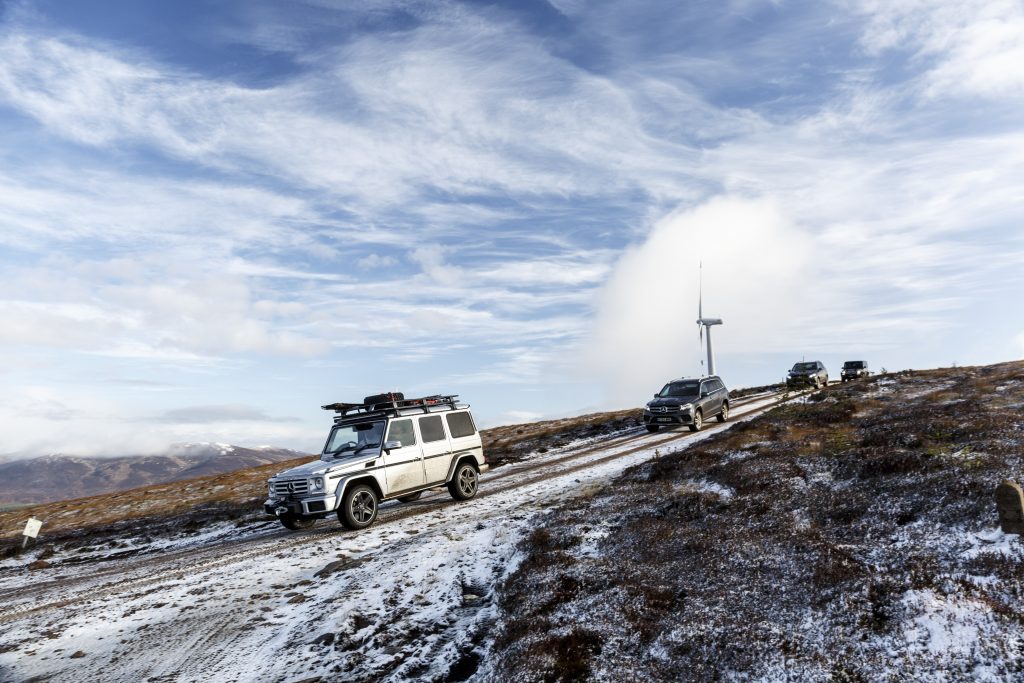 Although the GLS’s quilted leather massage seats (standard on designo Line) could suggest it is more about opulence than off-roading, the Off-Road package ensures it is equally at home off the beaten track. The Off-Road package adds a centre differential lock; protective underbody panelling; a low-range gearbox; fully manual mode for the automatic transmission; special off-road programming for the ABS, ESP and 4ETS traction control; and an extra three selectable ride heights for the standard AIRMATIC air suspension. It also adds to the standard Driver Select system’s ‘Off-road’ mode with an ‘Off-road Plus’ mode for especially difficult terrain. 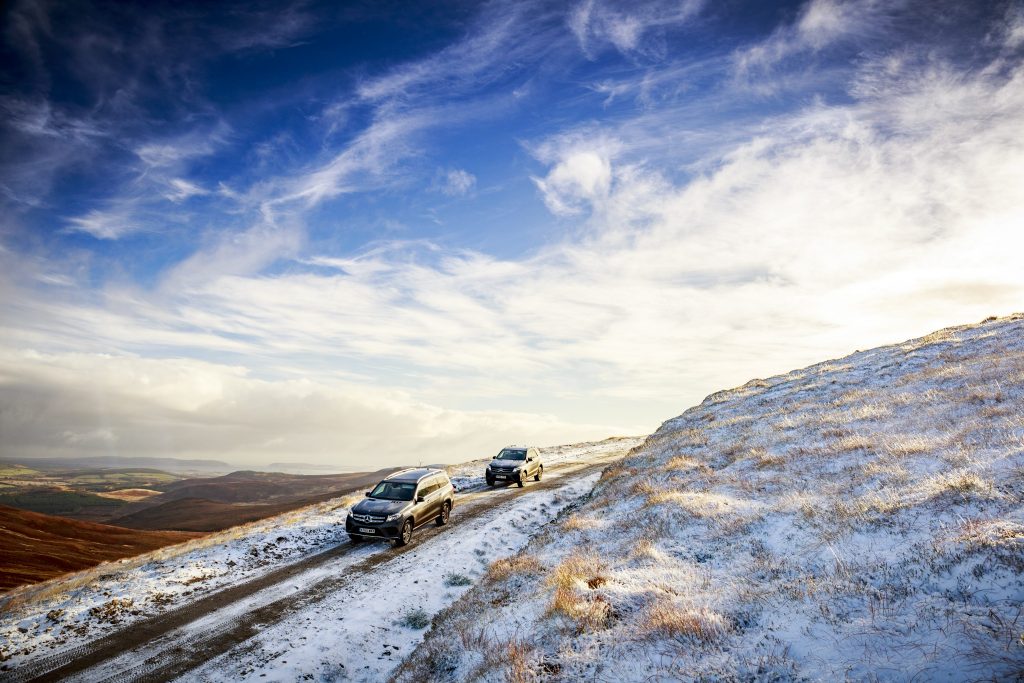 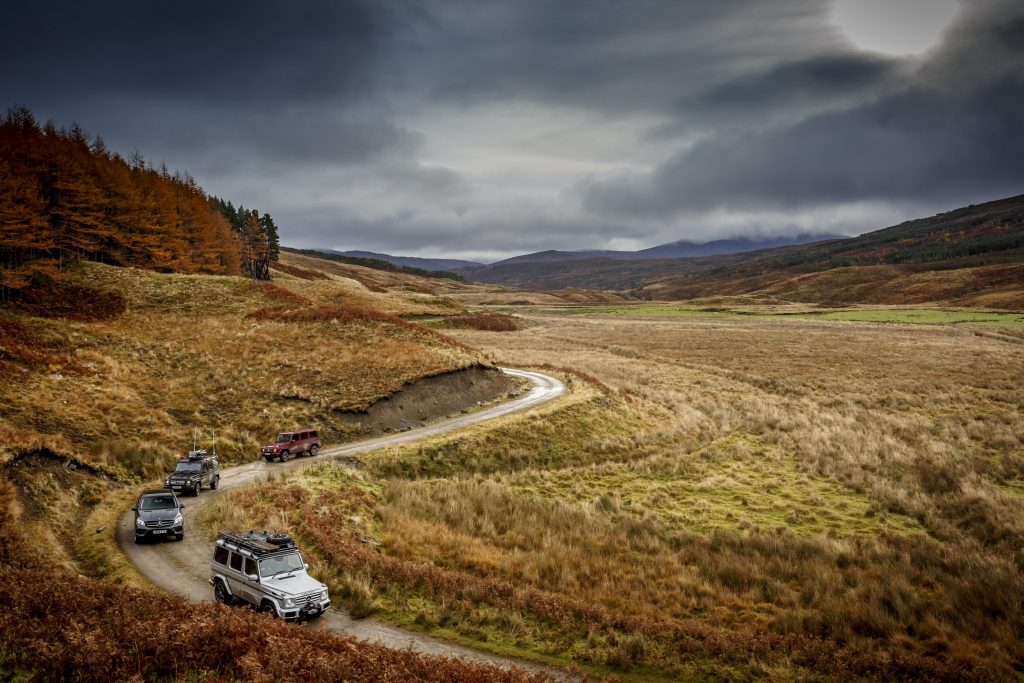 The stylish GLE might more commonly be seen on high streets rather than the Highlands, but when also equipped with the Off-Road Package it makes light work of the most arduous of routes. Just like the GLS, the GLE managed the entire off-road route, from rocks to rivers to muddy fields. 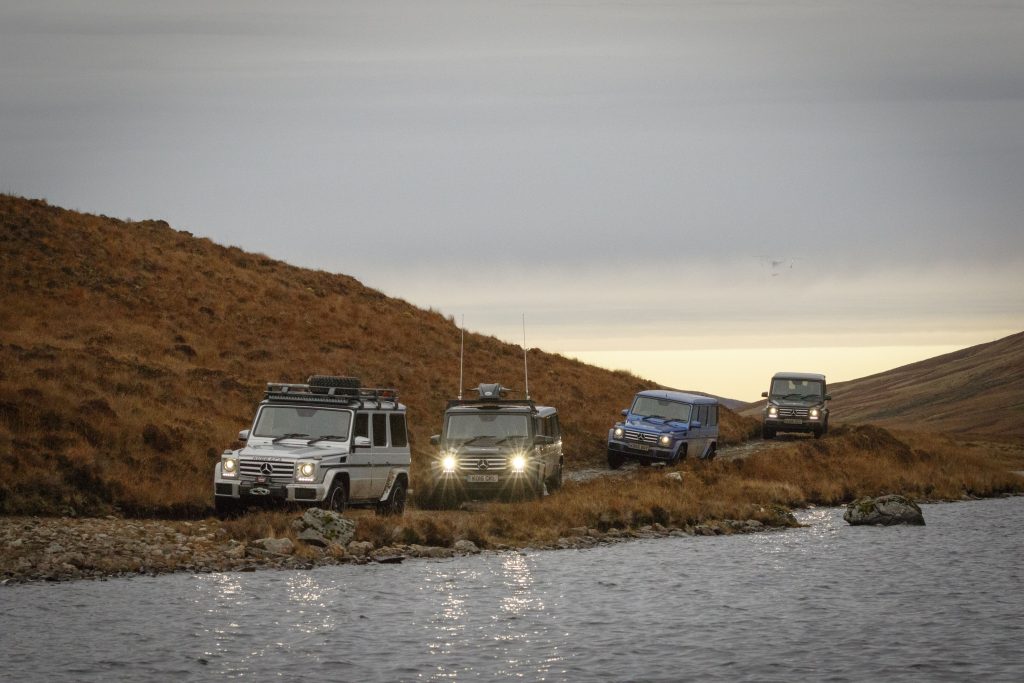 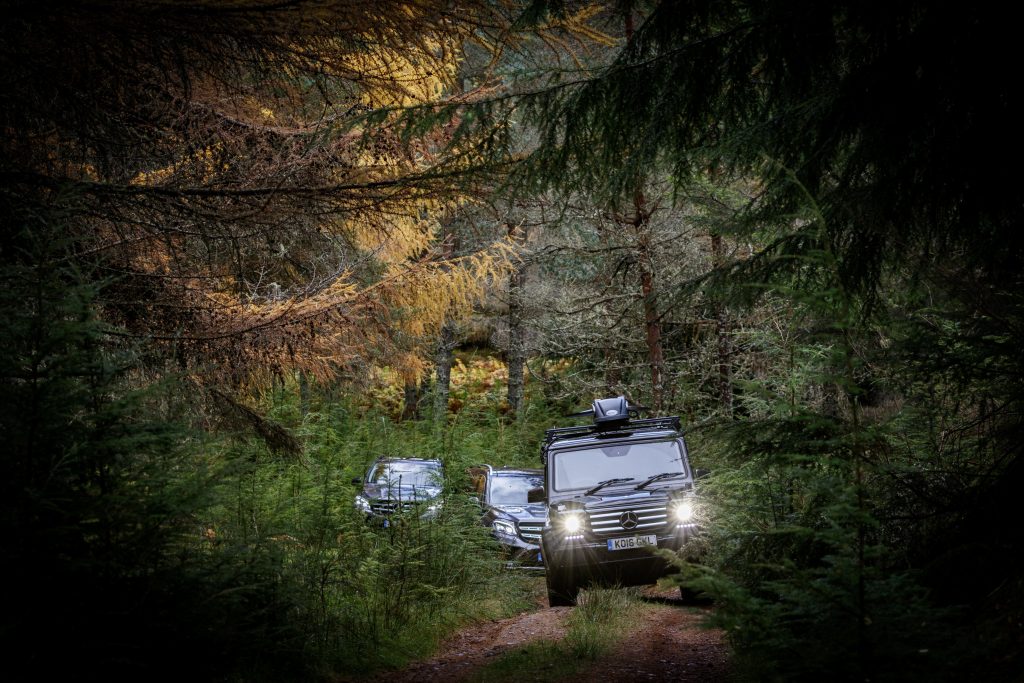 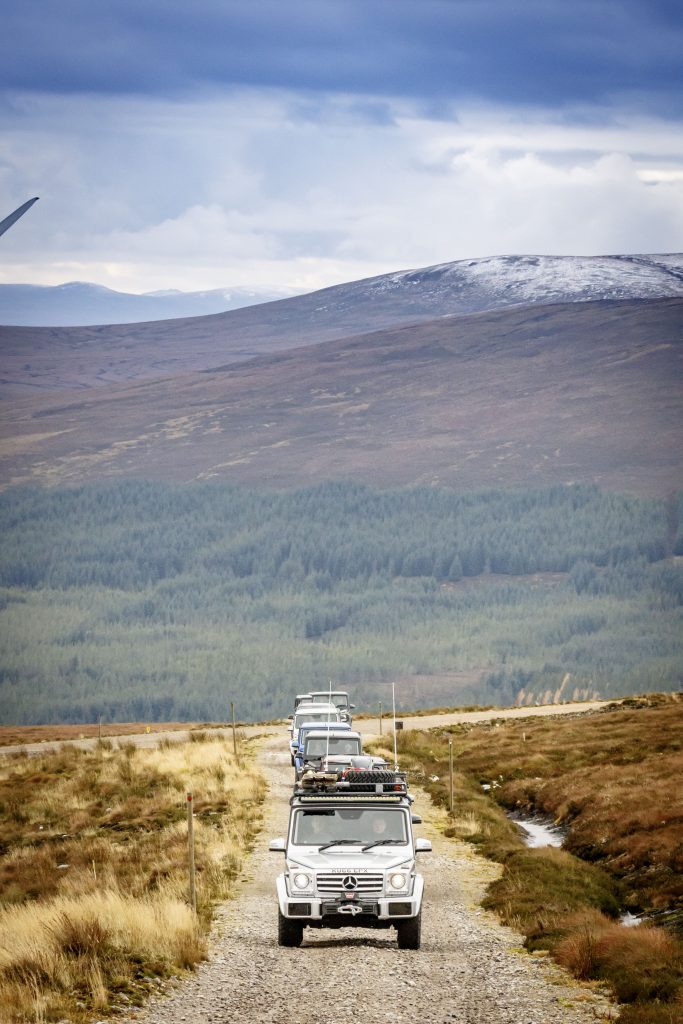