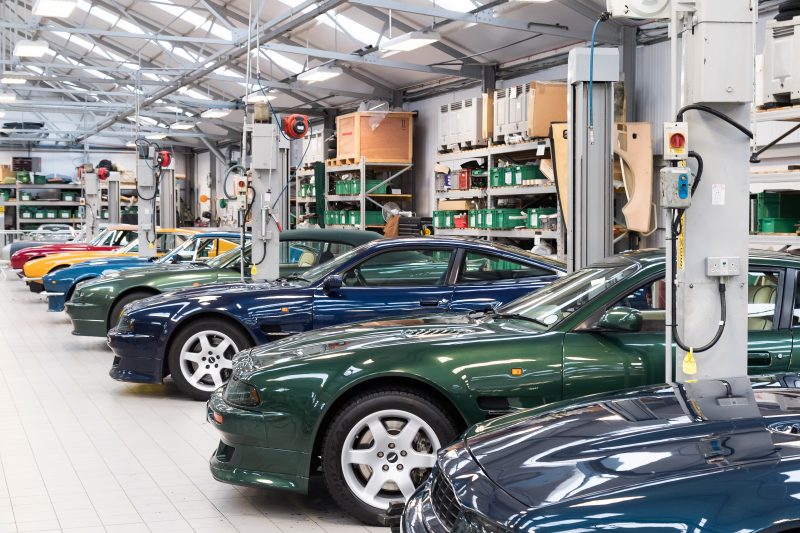 The 18th annual Aston Martin Sale will be held by International auction house Bonhams on Saturday 13 May 2017. The sale will take place at the spiritual home of Aston Martin’s heritage, Aston Martin Works in Newport Pagnell, where many of this year’s lots were originally built. 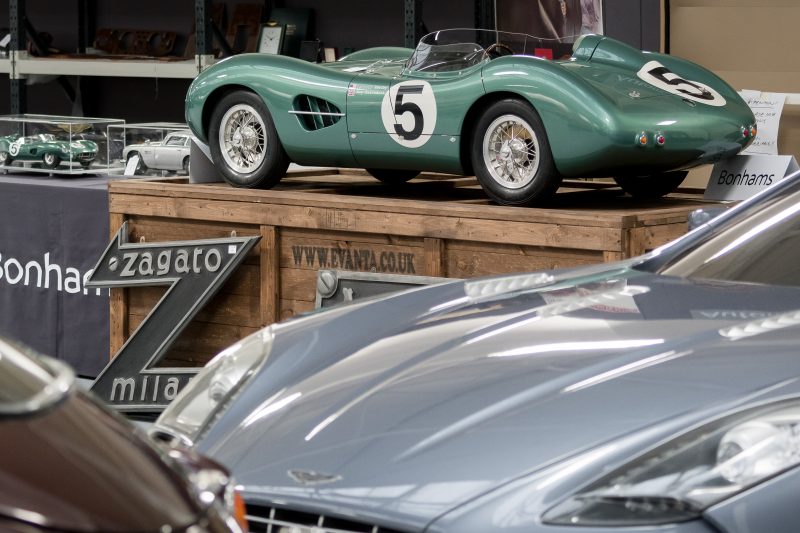 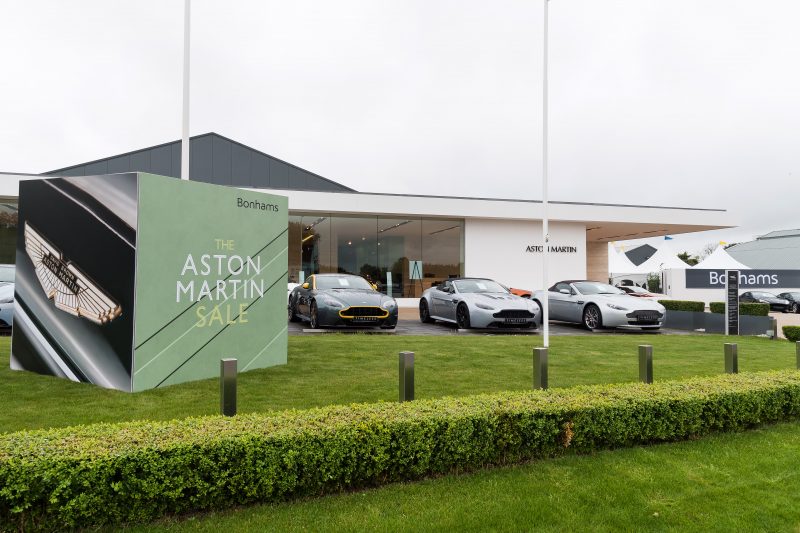 The 2017 sale is a celebration of old and new Aston Martins, with cars ranging from 1953 through to 2016.
Aston Martin President and CEO, Dr Andy Palmer said: “This year’s Aston Martin Sale features some great examples of our cars from the last sixty years, from a stylish 1953 DB2 Drophead Coupé to the potent and uncompromising Vantage GT12. The offering from Bonhams is typically diverse, and showcases the immense variety of models which Aston Martin has offered over the years.”

The most interesting car, in our view, offered here is one of a pair of  a V8 Sportsman Estate ordered from the factory by two Swiss brothers in 1996, the other being ‚79008‘. Finished in British racing Green with matching interior trim, the brothers‘ cars were both left-hand drive and had stepped taillights, while the third of the three Sportsman conversions completed had inline taillights.

There had been ‚estate‘ or ’shooting brake‘ conversions of Aston Martins in the past, most notably the seven DB6s built by coachbuilder Harold Radford and the three Virages converted at the factory in the early 1990s. This car however, is based on the Virage’s successor: the V8 Coupé.

Launched at the International Motor Show, Birmingham in October 1988, the Virage had restated its Aston Martin V8 forerunner’s brawny looks in the modern idiom, contriving to be slightly narrower yet providing increased interior space. The car was still no lightweight, but with 330bhp on tap courtesy of the trusty V8 engine’s new 32-valve top end, was good enough for a top speed approaching 160mph and a 0-60mph time of under seven seconds.

‚We wanted a car that was a new form. Fresh, exciting, purposeful but unquestionably Aston Martin,‘ explained Aston Martin Chairman and Chief Executive Victor Gauntlett on the announcement of the Virage, while stressing: ‚It was important that, although new in virtually every way, the Virage was of evolutionary, rather than revolutionary, design. It has to be a car that could stand in line with every post-war Aston Martin and be the self-evident successor to that tradition.‘

After spearheading the Aston Martin V8’s transformation for the 1990s, the Virage name was dropped during 1994, itsplace as the ’standard‘ model being taken by a Vantage-style V8 Coupé. Introduced at the Geneva Salon in March 1996, the new V8 Coupé adopted all of the Vantage’s muscular styling cues but retained the Virage’s normally aspirated, 5.3-litre engine, which nevertheless had been extensively reworked and produced an extra 20 horsepower. The model formed part of the Aston Martin range for just three years and is one of the rarer members of the modern V8 family.

Both Sportsman estate cars left the factory as standard left-hand drive V8 Coupés in July 1996, were homologated and then returned to the factory to be modified as shooting brakes, the result looking much like the earlier Virage conversion but with the Coupé’s obvious styling differences. The work was carried out by Aston Martin between September 1996 and December 1997. This car’s colour scheme is British Racing Green with matching upholstery and carpets to the interior, which also features plentiful walnut embellishment.

In 1999 this example’s engine was rebuilt by the factory at 9,263 kilometres (see accompanying correspondence) and then the car was sold to the immediately preceding (second) owner, a French art collector by the name of Fedoroff who registered it in Monaco. Following his death a few years ago, the Sportsman was sold at an auction in Paris in 2014.

Subsequently upgraded with a satellite navigation system, ‚79007‘ has covered a little over of 21,000 kilometres from new and for the last few years has formed part of a significant private collection of Aston Martins. Only some 1,300 kilometres have been covered in the last seven years.

Maintained regardless of cost by Aston Martin Works during the present ownership, this matching-numbers Sportsman benefits from extensive refurbishment carried out at Newport Pagnell over the last 2-3 years and is presented in wonderful visual and mechanical condition. A very clean car, showing no signs of corrosion or accident damage, it was fully serviced and valeted by AMW in February 2017.

The most modern car in the sale is a special edition 2016 Vantage GT12 Coupé. Only 100 performance-focused road-going Vantage GT12s were made and this is the only example in the striking Viridian Green paint, a special colour created by Aston Martin’s bespoke service, Q by Aston Martin. The 600PS car sold out shortly after being revealed at the 2015 Geneva Motor Show and this Vantage GT12 has an estimate of £350,000 – £450,000.
A highlight of the sale will be one of the rarest post-war Aston Martins: a 1968 DB6 ‘Mark I’ Volante. Extensively refurbished by Aston Martin Works in 2012, the car has only covered 1,000 miles since then, and is estimated between £700,000 – £900,000. The convertible DB6 premiered at the 1965 London Motor Show, marking the first time the ‘Volante’ name was applied to a soft top Aston Martin. Only 140 ‘Mark I’ DB6 Volantes were made, making this a highly sought-after collectors model. 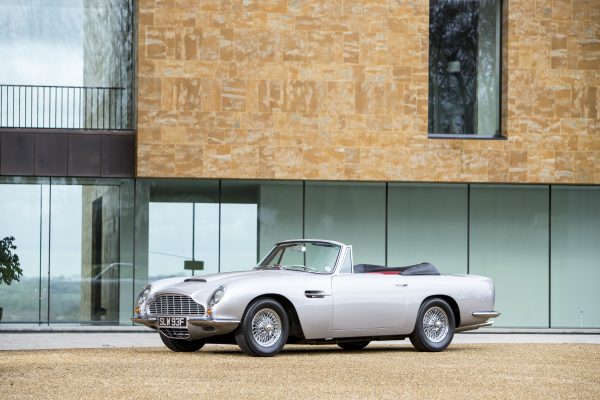 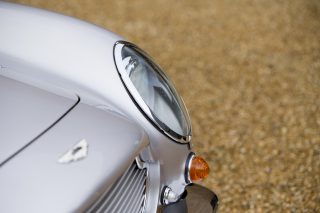 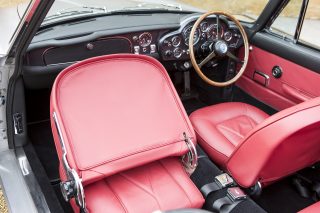 A beautiful DB5, a number of elegant DB6s from the 1960s, the above described, very rare V8 Sportsman estate car (one of only three created) from the nineties and many more exciting lots await bidders, including a wide range of Aston Martin related memorabilia. 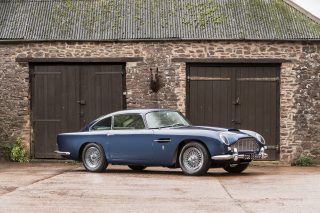 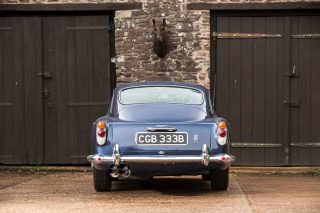 Paul Spires, Commercial Director at Aston Martin Works said: “The Bonhams Aston Martin Sale is always a delight as it gives us a lot of pleasure to handle cars that have been so beautifully cared for over the years. It takes a lot for Aston Martin owners to part with their cars so our buyers know they are always getting something very special.”
Tim Schofield, Head of Bonhams Motoring Department added: ‘We are thrilled to be returning once more to Aston Martin Works with such a wide range of examples from the legendary British marque. Returning to Works is always a pleasure, and we are looking forward to offering some of the world’s most iconic motor cars to our International audience of bidders at our Sale on the 13th.’ 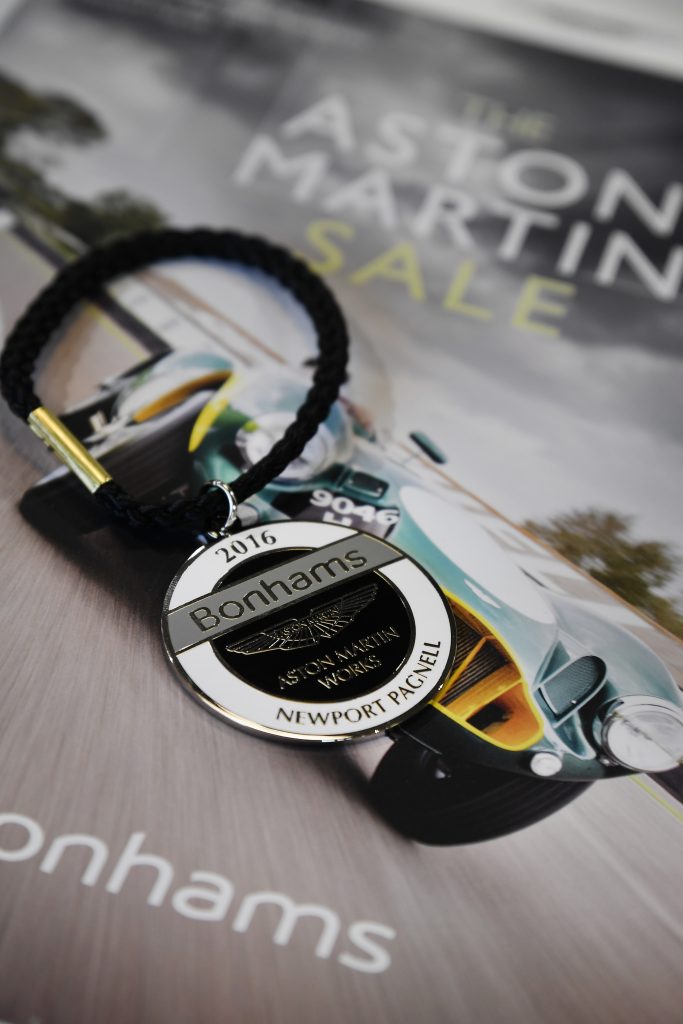