An Appetite For Disruption 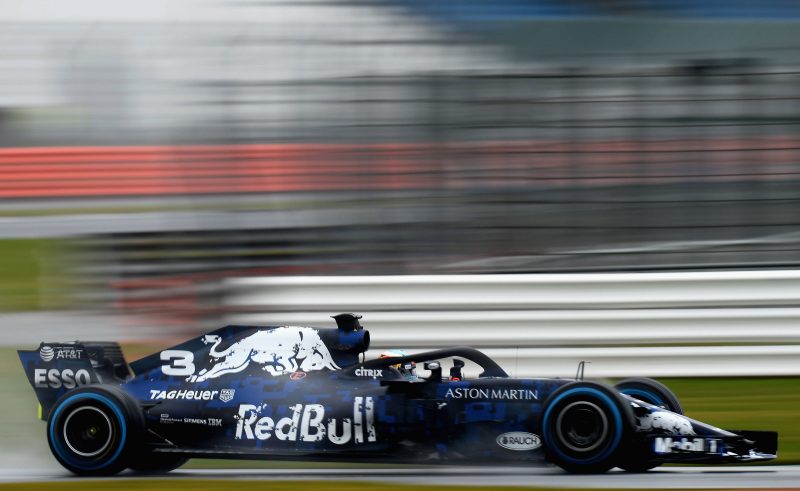 At 11:06; Daniel Ricciardo took the all-new Aston Martin-Red Bull Racing-TAG Heuer RB14 for a spin on Silverstone’s National Circuit at the start of our pre-season filming day with the new RB 14 Formula 1 car.

The weather was wet, the track was cold but after running concluded, Daniel professed himself happy with his first experience of the new car. „It’s always hard to tell from a few laps but the initial feeling is good. It’s not doing anything that scares me and I can already feel that the rear of the car feels pretty settled, even in these poor conditions. Those are encouraging early signs.“ 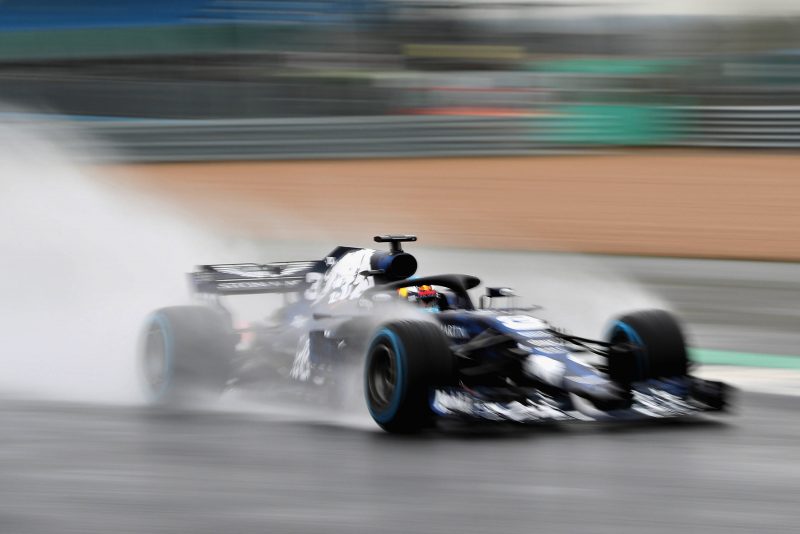 The RB14 wore a special edition livery at Silverstone, nicknamed ‚Disruption‘ in the garage. Daniel accessorised it today with an Aston Martin DB11 in the same scheme. „I was staying on-trend,“ he explained. „The car looked very cool today: it’s what you want to see when you walk into a garage.“ 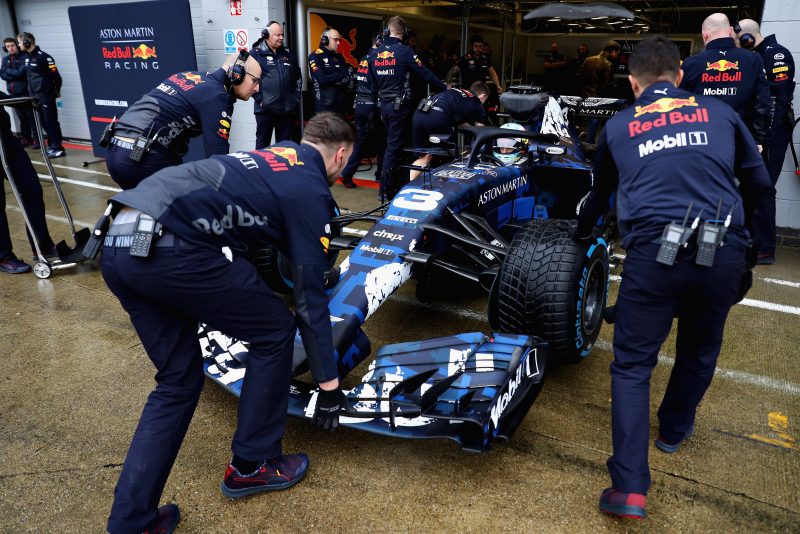 While not driving today, Max Verstappen found an excuse to stop by in the morning to take a look at the car and quiz Daniel on the performance. „The car looks very aggressive – and I really, really like today’s livery, said Max. „Daniel’s driving today but I can’t wait for my turn in Barcelona. Hopefully it will be drier.“ 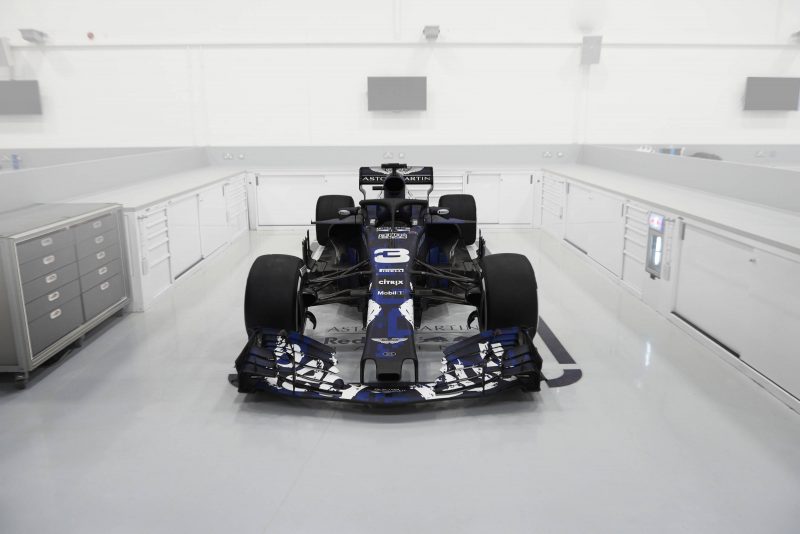 The livery may be a one-off but the new lines are here to stay. Bodywork regulations always dominate the news cycle in the launch season – but 2018 has a bigger acreage of change than most years with the introduction of the Halo and the new exclusion zones on the rear of the car that effectively remove monkey seats, T-wings and shark fin engine covers [though an engine ridgeline is retained]. Some years it’s difficult for the casual viewer to differentiate the new car from the old: that isn’t going to be a problem this time around. 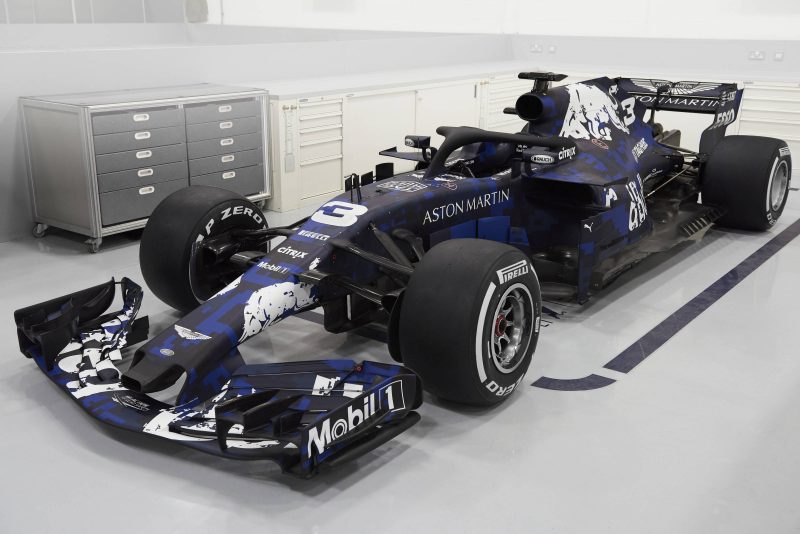 Driver opinion is divided on the subject of the Halo but, after running today, Daniel claimed the new safety device caused him no problems – at least on track. „I can see fine. Before today I’d only done a couple of installs with the Halo, so it was pretty new – but I really didn’t notice it was there. Honestly, unless there’s [trackside signage] above, I don’t see any issues at all on a flat track. It is a bit awkward to jump in and out – I’m probably going to pull an adductor! – but it’s OK. A small challenge but we’ll get over it.“

Installing the Halo has been a challenge – mostly in terms of building a chassis strong enough to accommodate it and pass a brutal homologation test – but the rest of the regs have been comparatively stable. That’s the primary reason we’re able to launch earlier than usual. 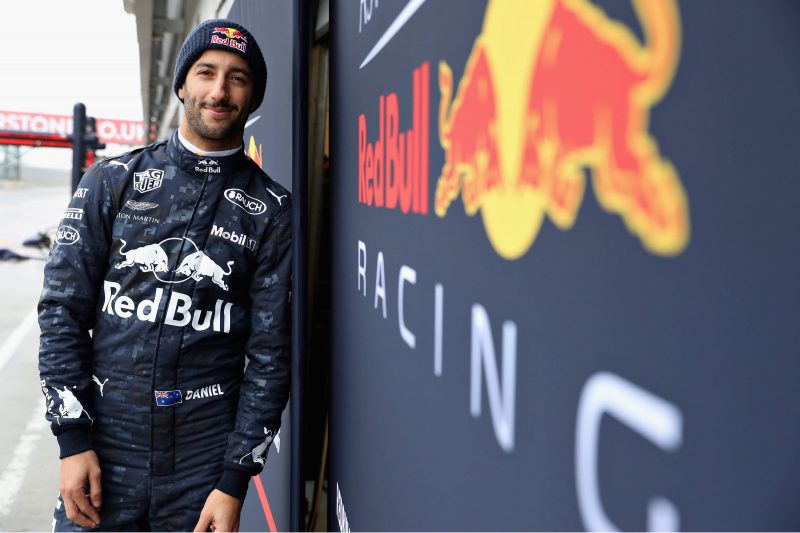 The pattern of the last few years has been to launch ‚aggressively late‘. This has allowed the design department the maximum amount of time to add goodness to the car before the cut-off point at which the design is frozen and a launch car produced. It’s been not uncommon to have the car finished, fired up for the first time and shipped to Spain for the start of testing all on the same day. 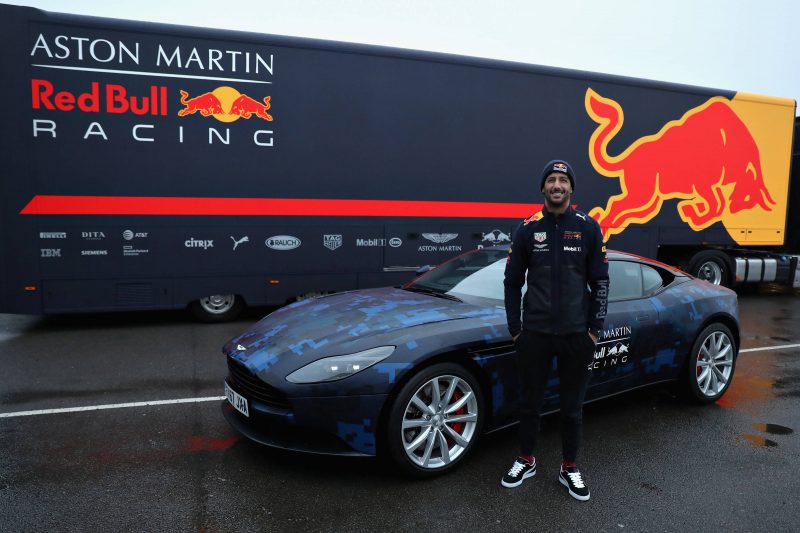 It serves a purpose – but you wouldn’t do it if you didn’t have to, and this year we didn’t have to. It’s preferable to finish the car early and deal with any snags now, when the car is on a track a short drive from the factory, rather than use up one of our eight ultra-precious pre-season test days doing the same at the Circuit de Catalunya. As usual with a brand-new car, the programme was characterised by short runs with plenty of inspection and analysis time between – but the RB14 didn’t supply any nasty surprises. „Obviously, it’s been a long day trying to get everything going but a lot better to have that here than in Barcelona,“ said Daniel. „Doesn’t mean we won’t have anything in Barcelona but it’s nice to know we’ve got some of the initial challenges out of the way.“

Winter testing begins next week. Alongside the formal group tests, teams are allowed to conduct two of these promotional events each year, within strict guidelines that limit running to 100km and mandate the use of a specific tyre compound developed by Pirelli for these occasions. Daniel wasn’t going to be setting any lap records but it was a very useful day – and we got some awesome footage of the new car to distribute across our channels.