Max Hoffman and Lloyd Wright: The common bond between two of America’s most influential aesthetes. 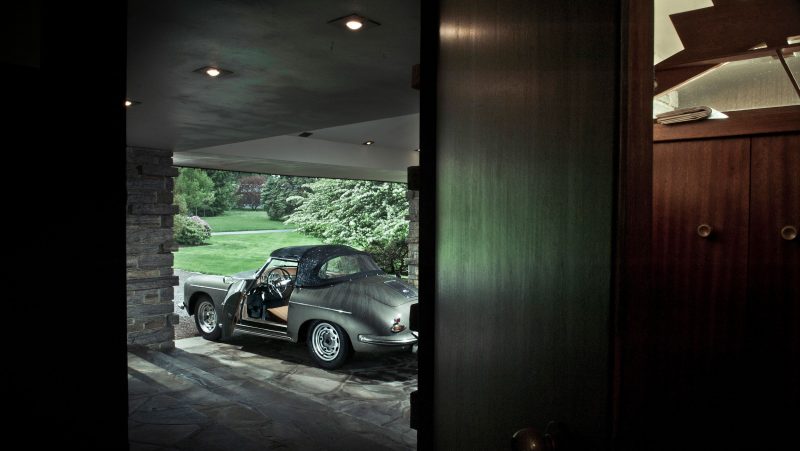 Driving south through New York State, heading for Manhattan, cold Atlantic rain runs in rivulets up the windscreen and hammers along the taught canvas roof. Small, be-chromed wipers on a time warp 356 Cabriolet beat a furious metre, marking the rhythm of steady but rapid progress.

The two-hour drive along Taconic State Parkway eventually leads to Rye, in Westchester County, and to the gated community of Island Drive. No house numbers here, but the Porsche travels barely 100 yards before reaching its famous destination. A copper-trimmed fascia looms into view, hovering close to the ground. Prairie Gold glass set high in carved wooden frames runs the length of one wall, overlooking a simple courtyard. The car swings in, its headlights reflected back through the drizzle.

The house of Maximilian E. Hoffman

This is the house of Maximilian E. Hoffman: the wartime immigrant who brought European sports cars to America. Designed by Frank Lloyd Wright in 1955, the Usonian-style dwelling was one of the last works he created before his death in 1959. 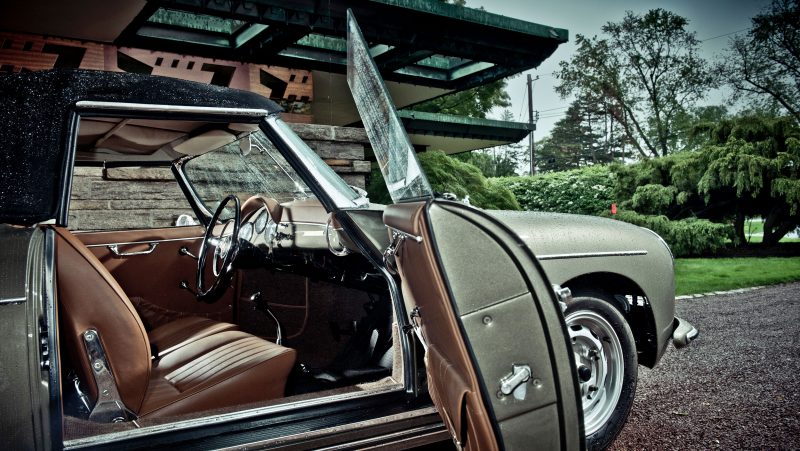 Lloyd Wright was a pillar of 20th Century design in the US, and became known for these ‘Prairie’ houses: low-profile buildings with gently sloping roofs and generous overhangs. Inside, they were usually open plan, another ground-breaking concept in the period. And all manna from heaven for Hoffman, himself something of a visionary, fascinated and enthralled by bold design and experimentation.

Hoffman was born in Austria in 1904. His father owned a bicycle factory and adored the newly invented automobile. The young Hoffman grew up similarly devoted, eventually running an Amilcar dealership and selectively selling high-end sports cars to wealthy Austrians. But with Europe in turmoil in the late 1930s, he hot-footed it to Paris and from there to the sanctuary of America. 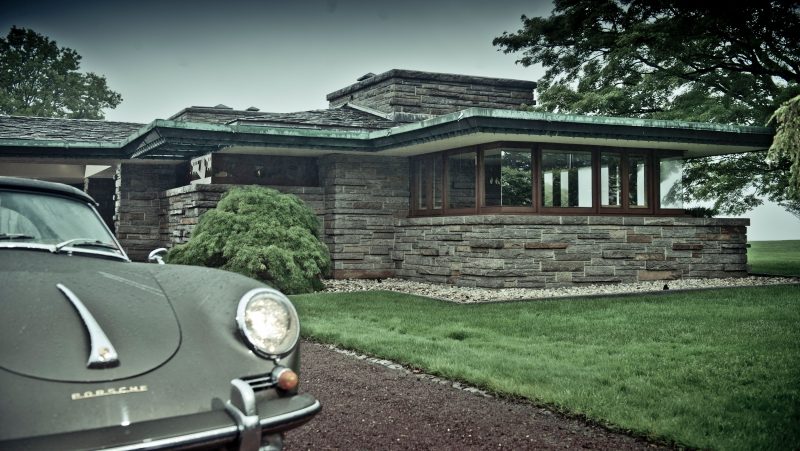 Settling in New York, he began making affordable costume jewellery, quickly growing the business to bankroll a return to his first love: automobiles. In 1947, he founded the Hoffman Motor Company and opened a dealership in Manhattan’s affluent Upper East Side.

Hoffman was both mechanically adept and a natural aesthete. He knew good design and was an avid collector of art in all its forms. In 1950, a Swiss journalist called Max Troesch showed Hoffman pictures of the first Porsche 356 and he immediately ordered a pair.

Hoffman was a natural aesthete 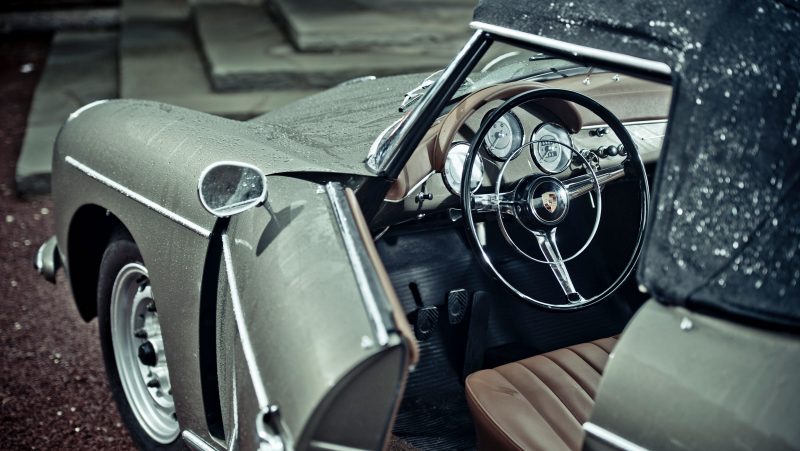 After driving the cars on their arrival in the US, Hoffman formed a plan that would prove decisive for all concerned. He travelled to the Paris Motor Show later that same year and met with Ferdinand Porsche. The pair shook hands on a deal to export 15 more cars, with Hoffman becoming the factory’s unofficial man in America.

Hofman: credited with various key moments in the marque’s rise 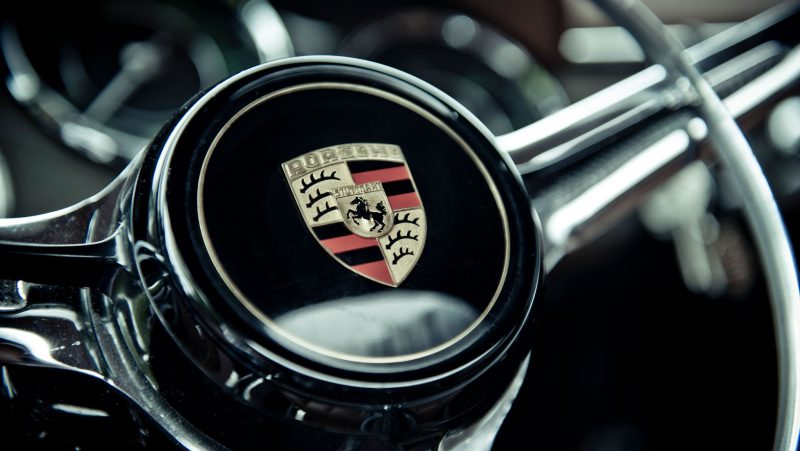 Hoffman greatly admired Porsche, and is himself credited with various key moments in the marque’s rapid rise, including the creation of the iconic 356 Speedster and the introduction of the Porsche crest. Hoffman himself raced the 356 in numerous amateur events around the US, drumming up interest in this burgeoning sports car brand in an era of deep-seated national pride in gas-guzzling home-grown V8s. 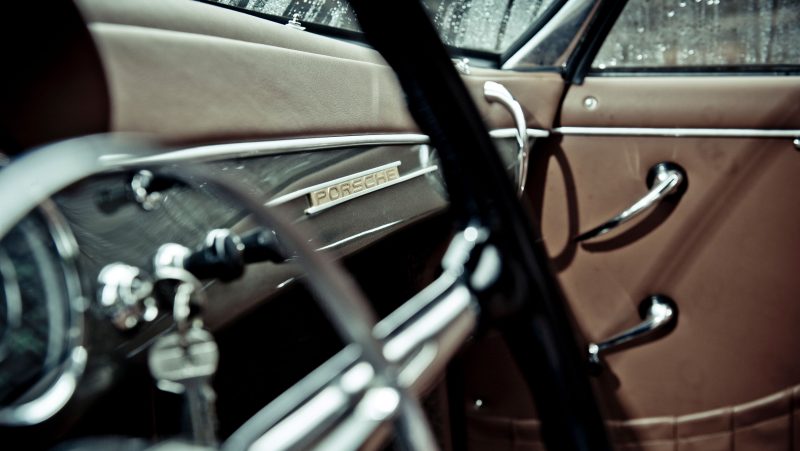 Though the compact German machines cost as much as Jaguars of the time, Hoffman successfully shifted the 356 in ever bigger numbers based upon its unique driver appeal. “I preferred the Porsche’s finish and workmanship, and the car’s handling was excellent,’ Max told Panorama magazine, shortly before his death. “On the 1951 Mount Equinox Hillclimb, I drove a Porsche cabriolet over a course with two miles of snow at the end. I was so fast, Briggs Cunningham claimed my time was impossible and forced the organisers to make me drive it again.”

In 1950, Hoffmann travelled to the Paris Motor Show

In 1959, the Porsche of America Corporation was formed. No longer the sole US importer, Hoffman had five more years controlling territories east of the Mississippi but, from 1964, the show was all Stuttgart’s. His initial impact on the American market had been invaluable, however. A motoring missionary preaching the Porsche law. 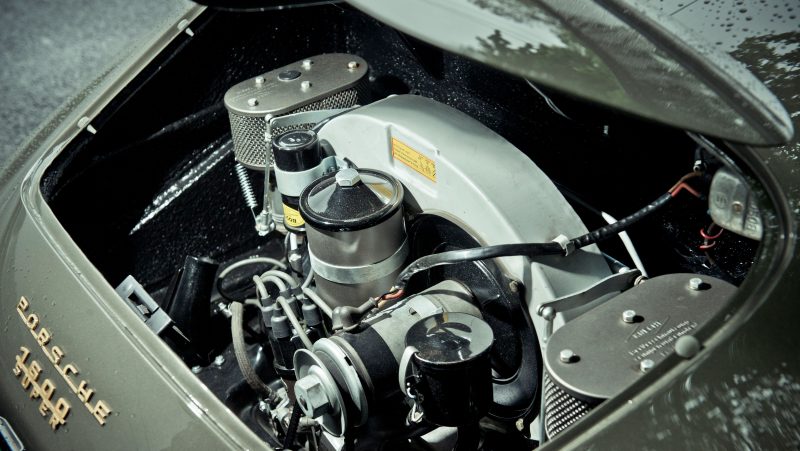 Parked under the porte-cochère covering his home’s front door today, you can see quite plainly why Hoffman found an ally in the brave new aesthetic of Lloyd Wright. In 1954, he commissioned the 87-year-old to design his New York showroom. And while that was being built, Hoffman entreated Lloyd Wright to build him this house, overlooking Long Island Sound.

A big part of Lloyd Wright’s Usonian concept was ‘of the land, not on the land.’ Houses were carefully placed in the landscape, using huge windows and natural materials to bring the outside in. Especially valuable to a man like Max, whose outside very often included a Porsche. He would live here happily for the next 17 years. 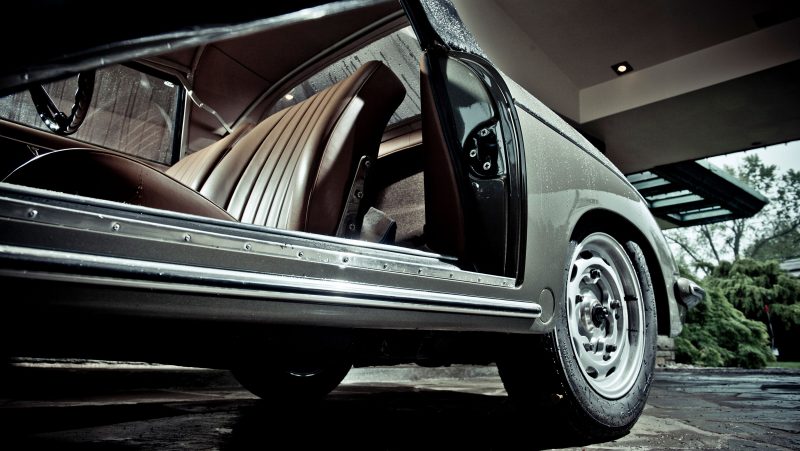 Houses were carefully placed in the landscape, using natural materials

Driving south again into the encroaching dusk, the 356 feels like a vital piece of the puzzle, its organic shape, artisan craftsmanship and enduring spirit perfectly aligned with the visions of both Hoffman and Lloyd Wright. Seventy years young, an emblem of 20th Century design and the purest expression of the ineffable Porsche legend. 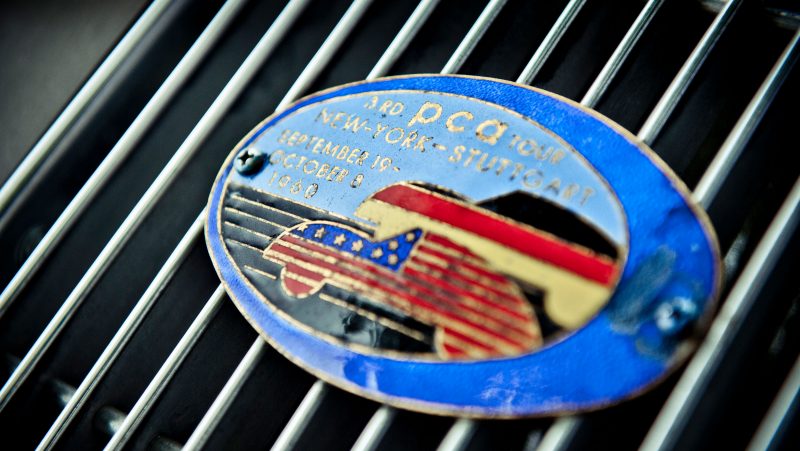