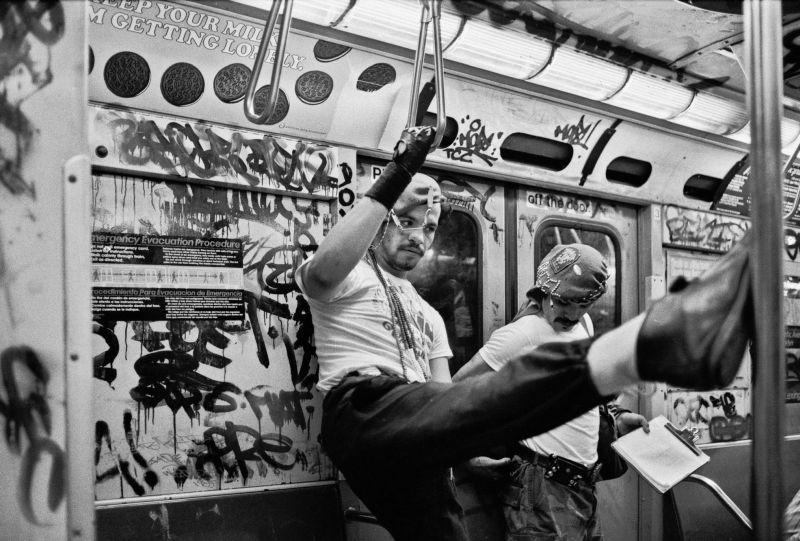 On 22nd September 2018, in the exhibition rooms of Complesso di San Domenico in #forli, a great anthological exhibition dedicated to #ferdinandoscianna has opened. The exhibition is curated by Denis Curti, Paola Bergna and Alberto Bianda, art director of the exhibition, and it is organized by #civita Mostre. With about 200 black and white photographs printed in different formats, the exhibition spans the entire career of the Sicilian photographer and develops along an articulated narrative path, built on different chapters and following different exhibition design arrangements. 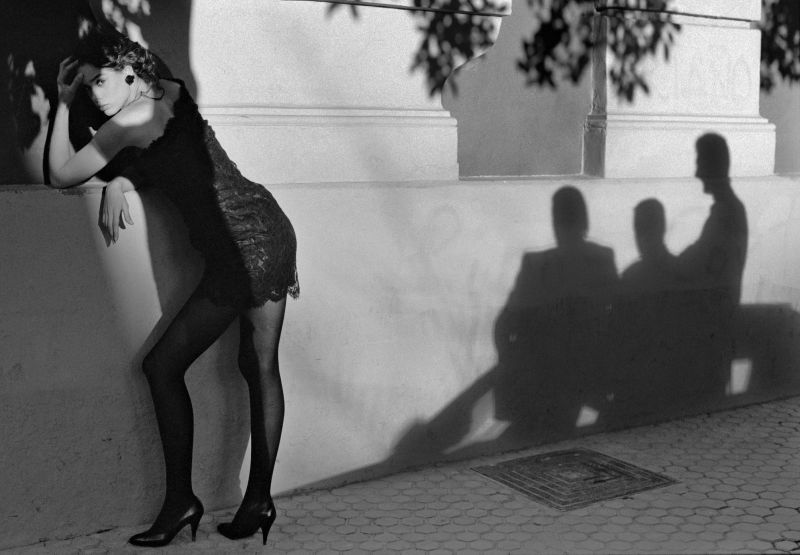 “The Cassa dei Risparmi Foundation of #forli is delighted and proud that an artist of such international standing as #ferdinandoscianna has chosen the San Domenico Museums to debut his most complex and comprehensive exhibition. This important retrospective exhibition features a top quality visit itinerary specially designed for our premises. It confirms that our Foundation was right when four years ago we decided to combine large-scale figurative art exhibitions with a cycle of comprehensive and authoritative photographic exhibitions. Above all, however, we were right in our aim to promote events that not only have a tourist-cultural appeal, but also – as Scianna writes of his own art – “the possibility of telling human stories”. Indeed, all the great photographic exhibitions promoted by our Foundation were in fact a source of inspiration and the subject of debate during the Week of Good Living, which every year, at the end of September deals with topics related to Equitable and Sustainable Wellbeing. We may not be able “to improve the world with a photograph” – quoting Scianna again –, but photography can undoubtedly provide us with food for thought for an open and participatory reflection on the world around us, stated Roberto Pinza, President of the Cassa dei Risparmi Foundation of #forli. 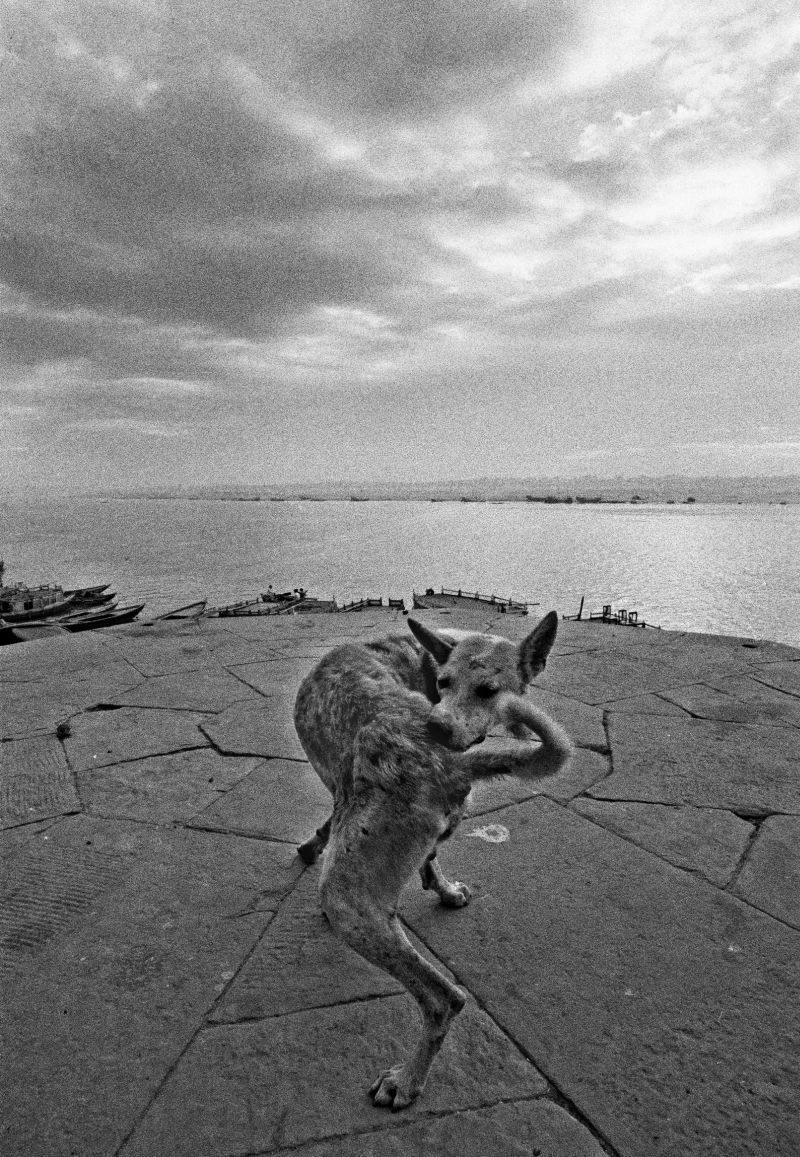 After its debut in #forli (at the Complesso di San Domenico), promoted by the Cassa dei Risparmi Foundation of #forli and Civitas srl concurrently with the Week of Good Living, the exhibition will be presented in several other cities, in Italy and abroad, starting from Palermo (Galleria d’Arte Moderna) and Venice (Casa dei tre Oci) in 2019. 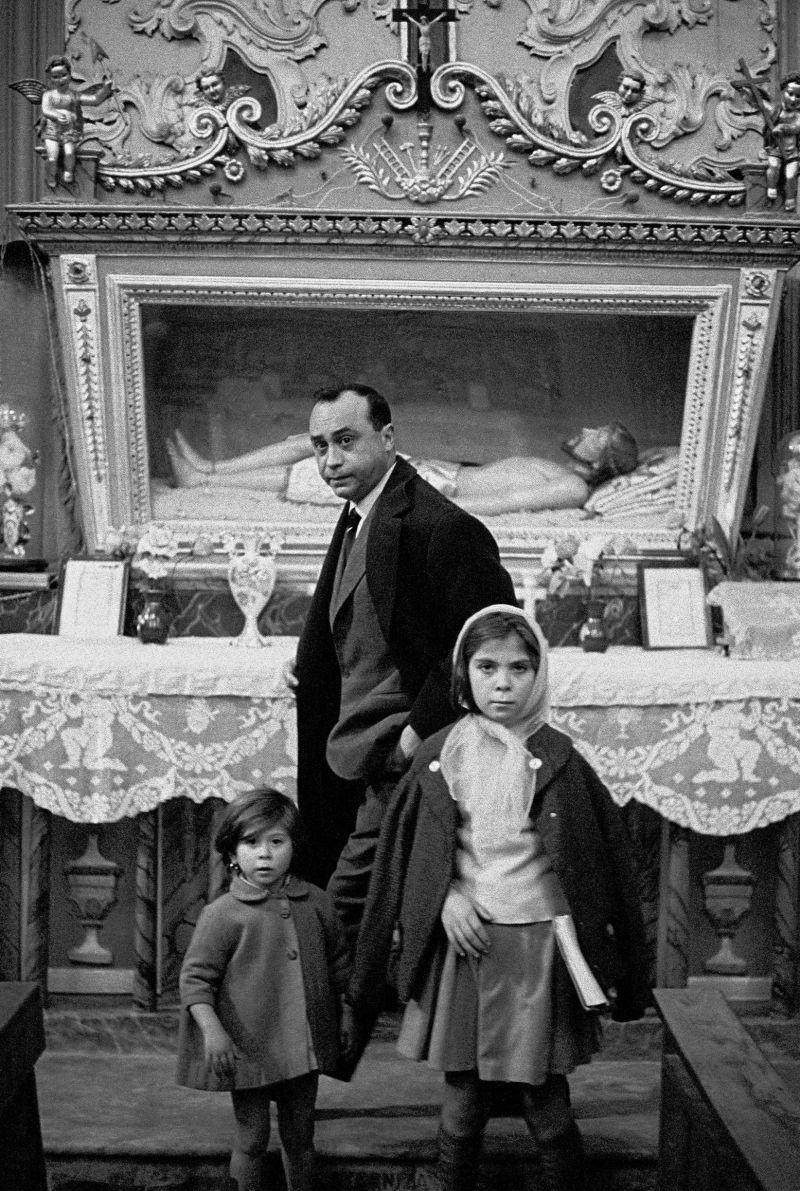 Ferdinando Scianna is one of the greatest masters of photography, not only in Italy. His interest in photography started back in the Sixties, when he began describing the culture and traditions of his native Sicily with his photos. His long artistic journey comprises several themes – current events, war, travel, popular religiosity – linked together by one common thread: a constant search for form in life’s chaos. Over 50 years of stories have provided us with plenty of fascinating pictures: from Bagheria to the Bolivian Andes, from religious festivals – the debut of his career – to his work with fashion, which began with Dolce & Gabbana and Marpessa. All this was followed by his work as a photojournalist (he was a member of Magnum photographic agency), photos of landscapes, and of some of his thematic obsessions such as mirrors, animals, objects, and finally by the portraits of his great friends, masters of the art and culture world, like Leonardo Sciascia, Henri Cartier- Bresson, Jorge Louis Borges, just to name a few. 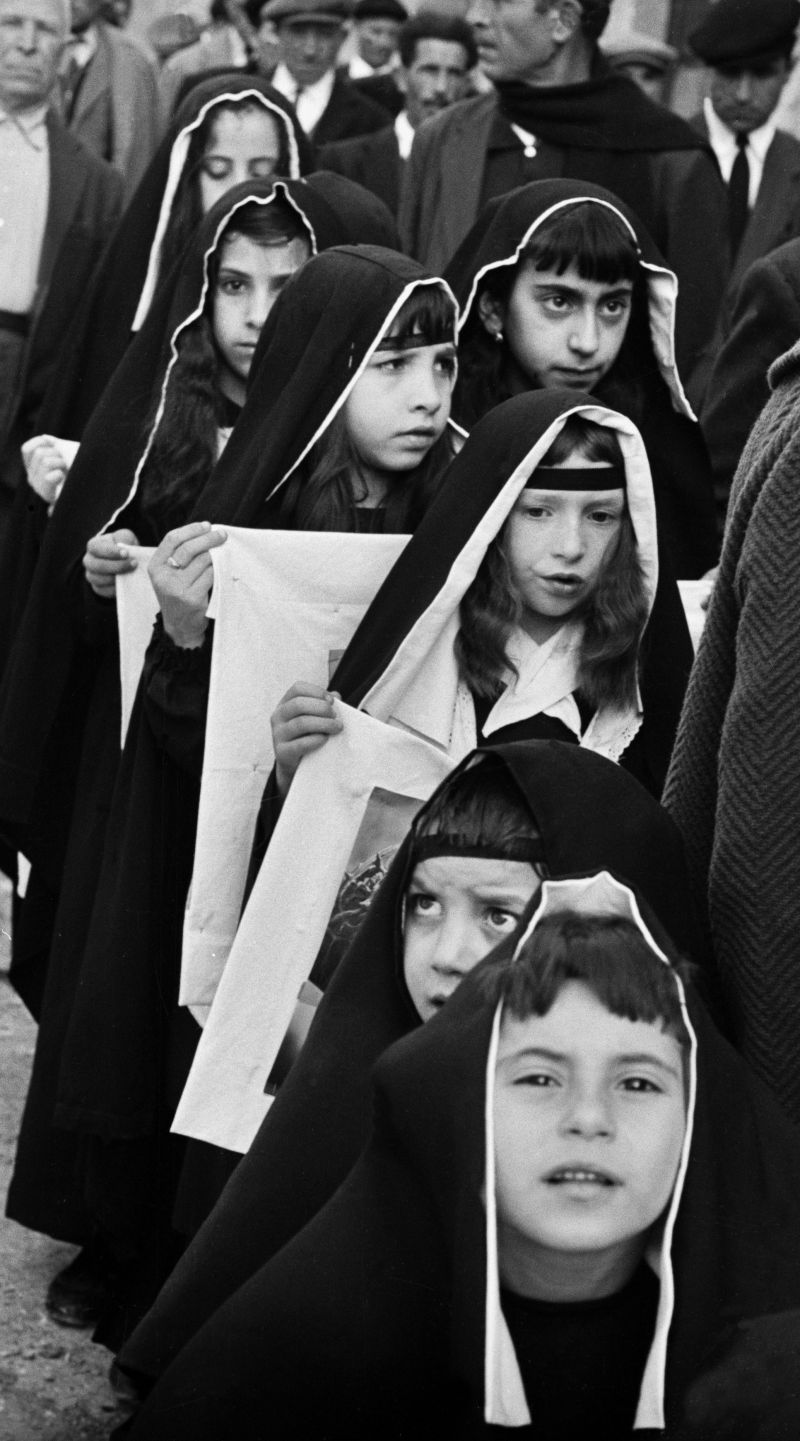 “For a seventy-five year old photographer, a great anthological exhibition like the one held in #forli is a complex, fascinating and perhaps even arbitrary journey through the fifty years of his work and into his memory. Here we have already two key words of this exhibition and its accompanying book: Memory and Journey. The third key word, is Story. Over 180 photographs divided into three large chapters, each divided into nineteen different themes: this is what this exhibition aims to be, a Story, a Journey into Memory. The story of a photographer in over half a century of photography”, explained Ferdinando Scianna. 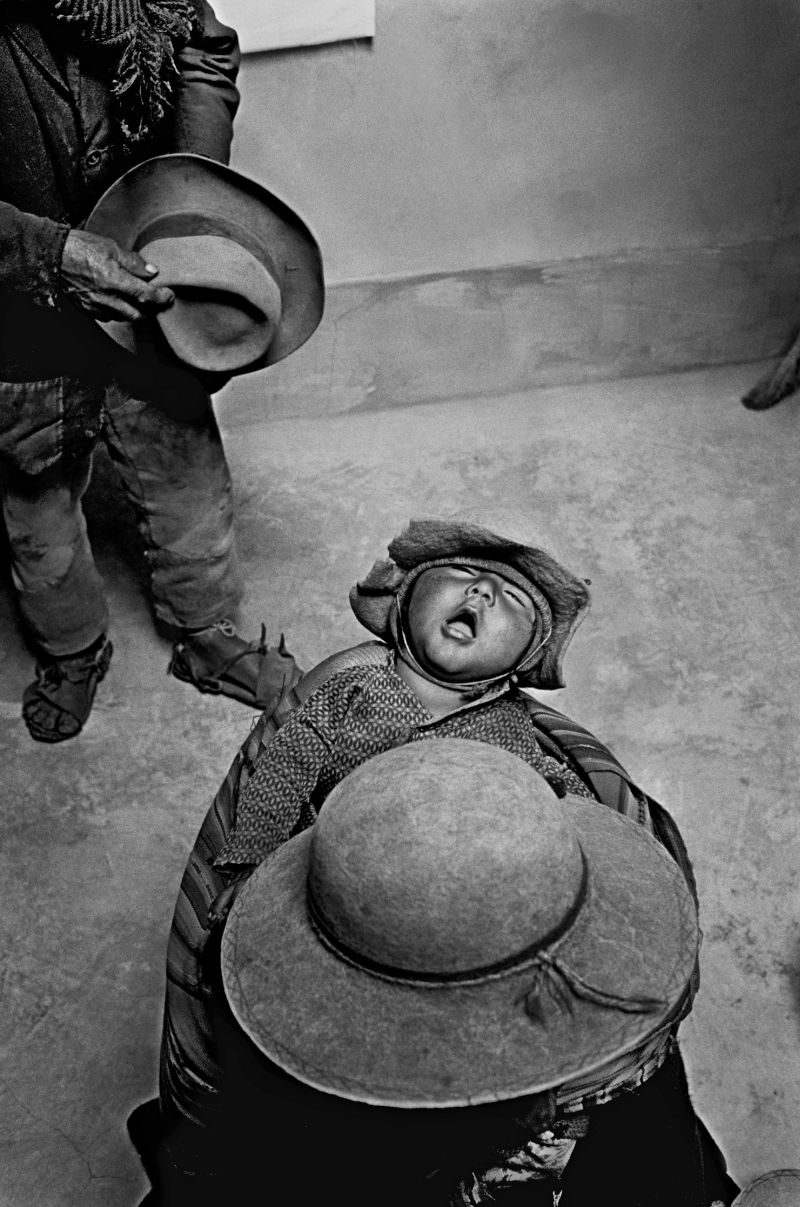 In this exhibition, #ferdinandoscianna has decided to put on display the most extensive anthology of his photographic work. With his usual and marked self- mockery, he has chosen to quote Giorgio Manganelli at the beginning of the exhibition:

“An anthology is an authorised carnage, a bloodbath seen with favourable eyes by civil and religious authorities. A clean operation aimed to chew up books that go around the world under their author’s name to obtain some sort of stew, timbale, goulash …

Ferdinando Scianna wrote of his work: I see myself as a photo reporter. As such, Henri Cartier-Bresson is my special reference point, my master par excellence. In his view, a photographer must aspire to be an invisible witness, never stepping in to change the world and the moments of real life he reads and interprets. I have always clearly distinguished between images you happen to run into and those that are constructed. I have always felt I belong to those photographers who happen to run into images, those who tell you a story and tell a story about you, like in a mirror. Even when taking fashion photographs, I always happened to run into them through haphazard encounters with the world.

In an audio guide (in Italian and English) available to all visitors, Scianna speaks in first person about photography and many other topics. It’s a true parallel story, allowing us to get a closer look at his career as a photographer and at his personal life.

A documentary film dedicated to the professional life of #ferdinandoscianna is also part of the exhibition.

The exhibition will be accompanied by a comprehensive catalogue published by Marsilio Editori.